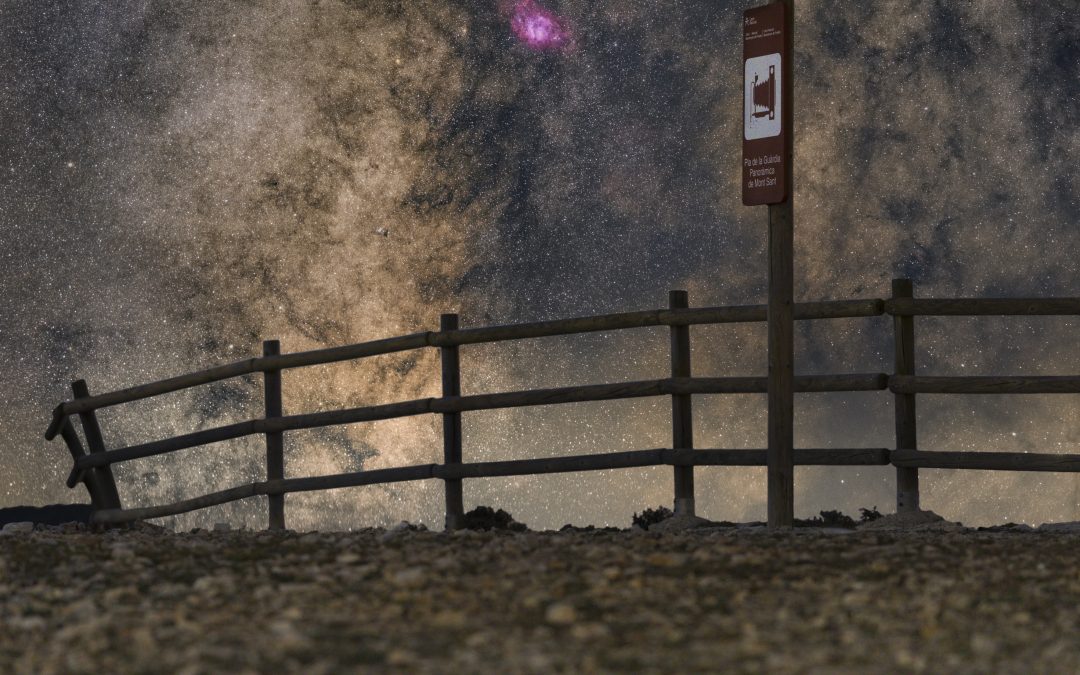 The Milky Way’s season has reached its end. But a few minutes every day we can still capture several of its beauties. Living at 41º North does this job even harder. But I accepted the challenge. According to my calculations I could have around 20 minutes before the setting of two amazing nebulae, the Lagoon (Messier 8) and Trifid (Messier 20) Nebulae.

The night of the 26th of October 2021 the sunset announced a pristine dark night. The absence of the Moon the first part of the night made possible this “out of the season” picture of the Sagittarius region. It was captured at Pla de la Guàrdia, one of my favourite places to stargaze at my home village of Prades.

To capture this image I blended a stacked image of the sky, composed of 34×30″ exposures, with a 2 pane mosaic of the landscape captured just after the last of those 34 exposures. I used a star tracker to capture the sky images.

Calibrated with: darks, flats and dark-flats