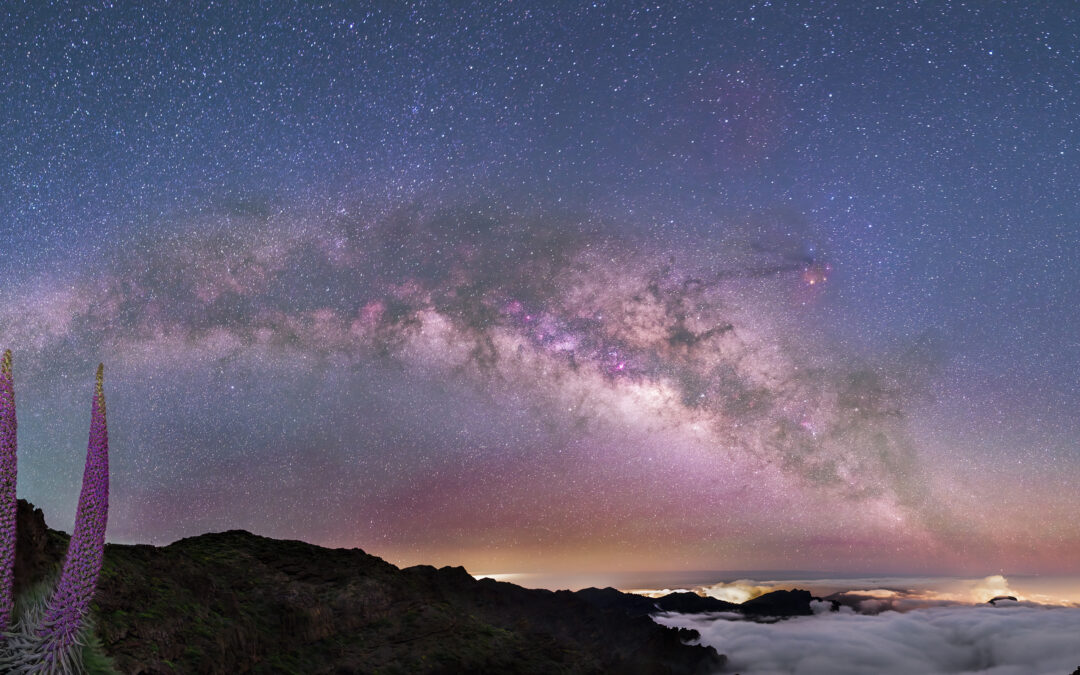 What causes this colorful image of the night sky? Under pristine dark skies a rare phenomena called airglow can be detected. It’s a faint emission of light, a form of chemiluminescence.

The image, captured last May 2022 from Mirador de los Andenes (Roque de los Muchachos, La Palma, Spain), shows a noticeable rippling in the Earth’s atmosphere. These gravity waves are oscillations in air analogous to those created when a rock is thrown in calm.water. The long-duration exposure nearly along the vertical walls of airglow likely made the undulating structure particularly visible.

The reddish, orange and green colors are created by different processes. The deep red glow likely originates from OH molecules about 87-kilometers high, excited by ultraviolet light from the Sun. The orange and green airglow is likely caused by sodium and oxygen atoms slightly higher up.

The image shows an endemic species of flower, from the Canary Islands, called Tajinaste during its floration. This unique event can be seen every year during May and early June. Tajinastes can have different colors ranging from red to pink. Reddish colors are seen in Tenerife tajinastes while purple tajinastes are seen in La Palma.

Text credit: APOD (Astronomy Picture of the Day) and own text.

The image is the result of the combination of two layers (panorama mosaic and tajinaste image) captured at the same moment (within a difference of minutes) with the same equipment in order to get sharp focus of the blooming tajinastes: