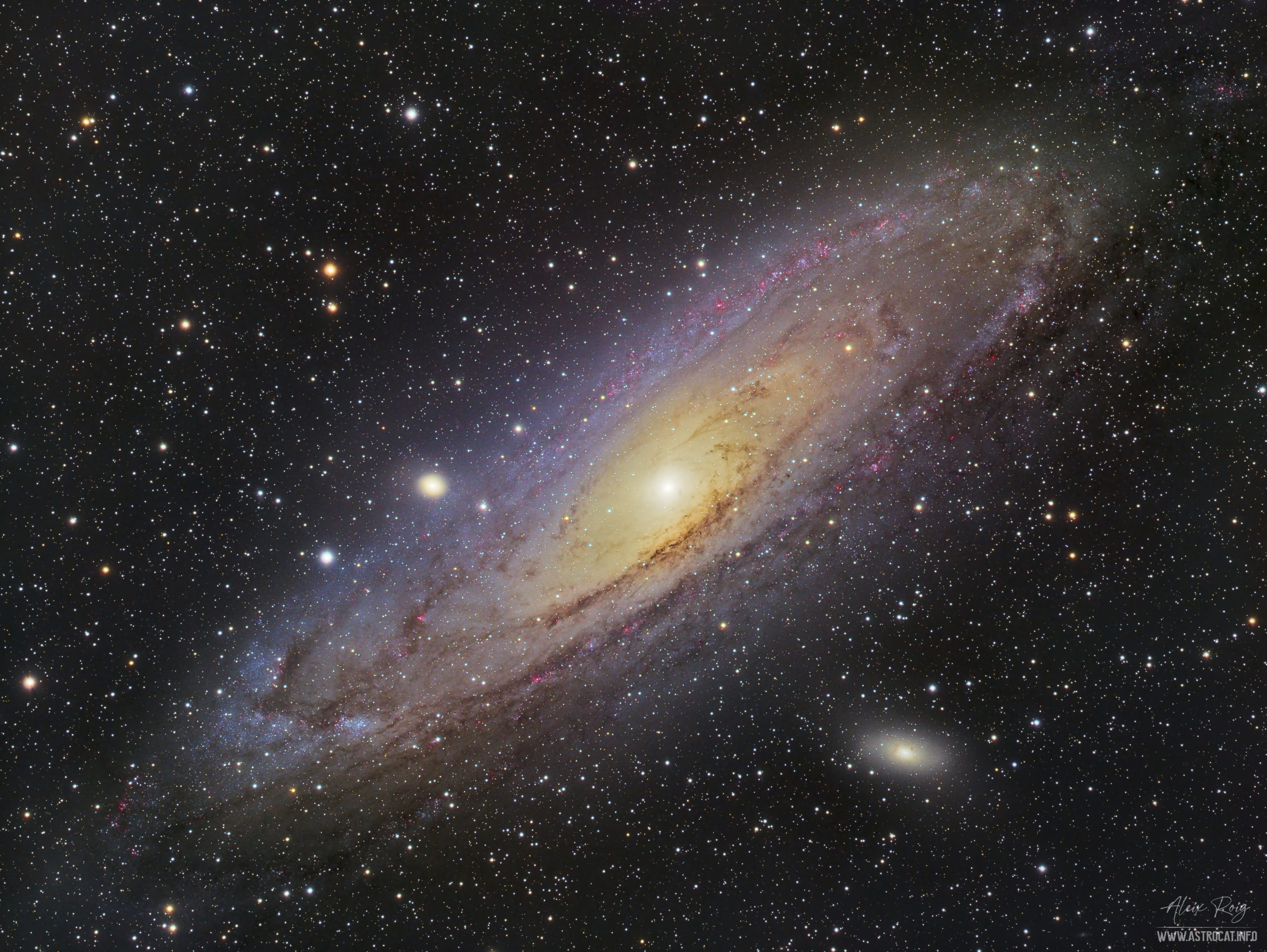 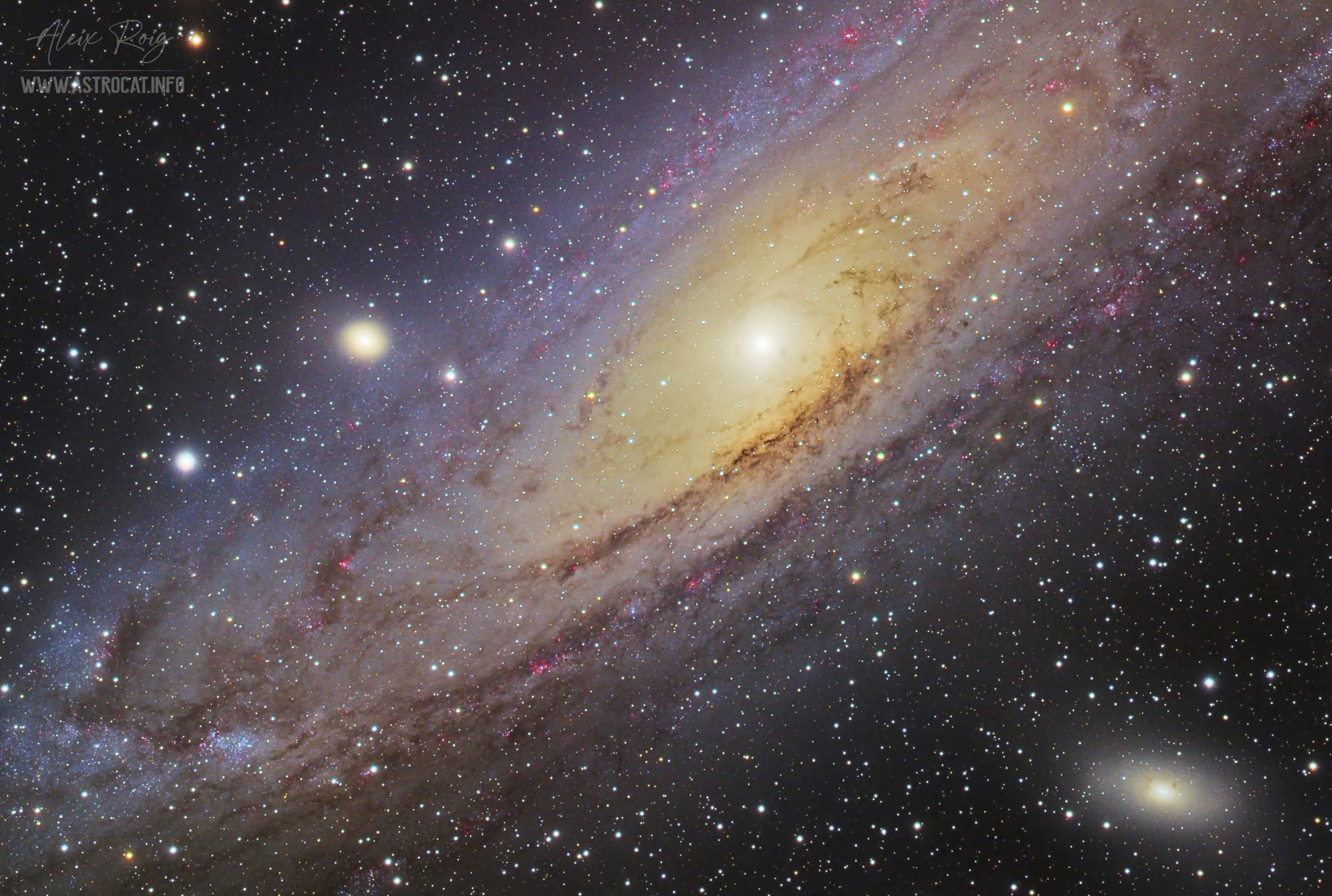 The Andromeda galaxy, also catalogued as M31, is maybe the furthest object that can be seen naked eye, with the exception of M33 under pristine skies and exceptional eyes. This spiral galaxy lays around 2, 5 million light years away from us. Because of its size and distance from our Milky Way, Andromeda is approaching us at a speed of 110 km/second (being a blue shifted object). In a “near future” both galaxies will collide creating a new super galaxy, the Milkomeda.

In the following image, taken from my home observatory in Prades (Catalonia, Spain) the 2017 November, you can see M31 and its two galaxy satellites, M32 (the closer to M31) and M110 (with some detail on its structure). Hα filter has been used to enhance the HII regions.