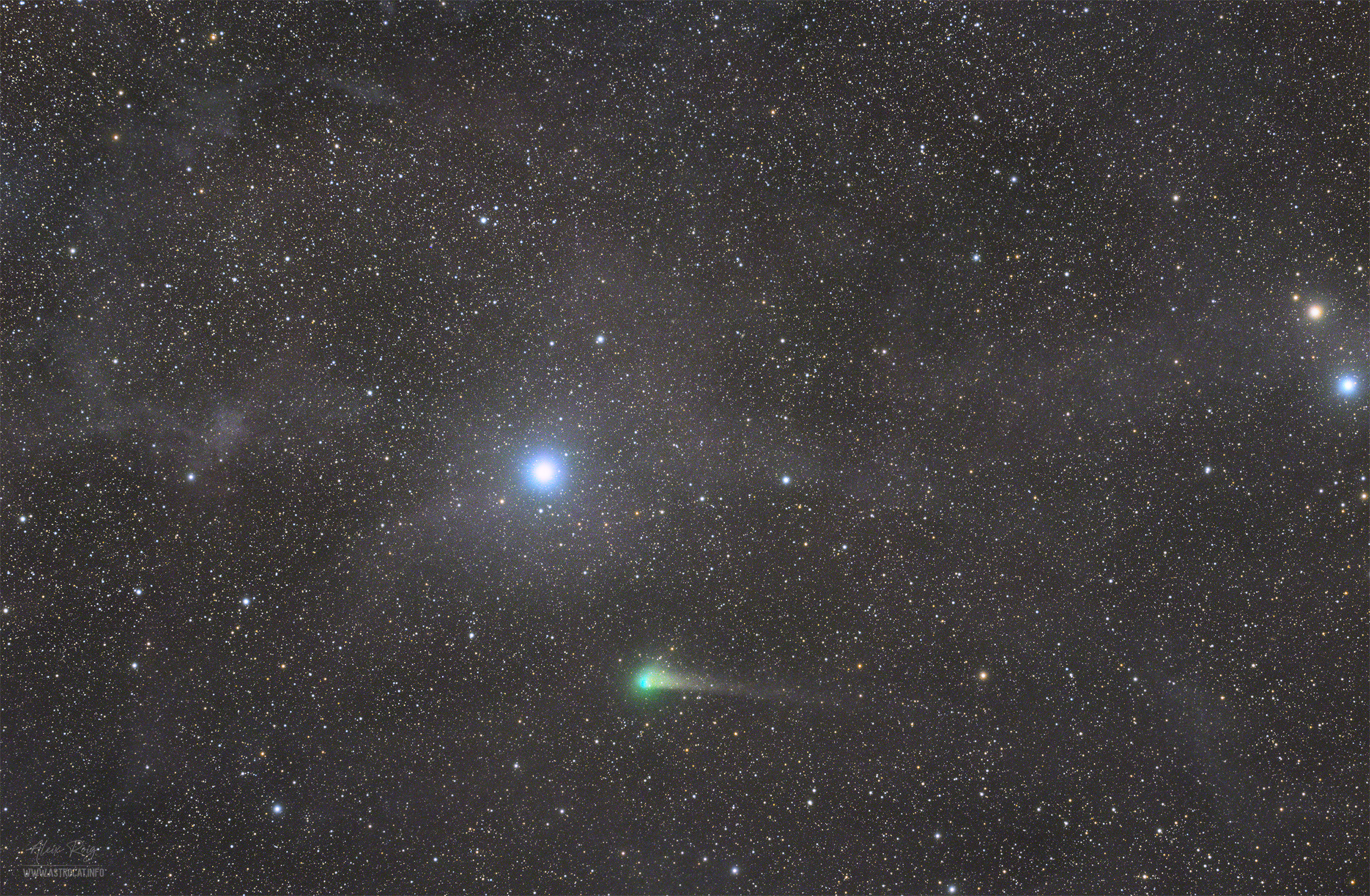 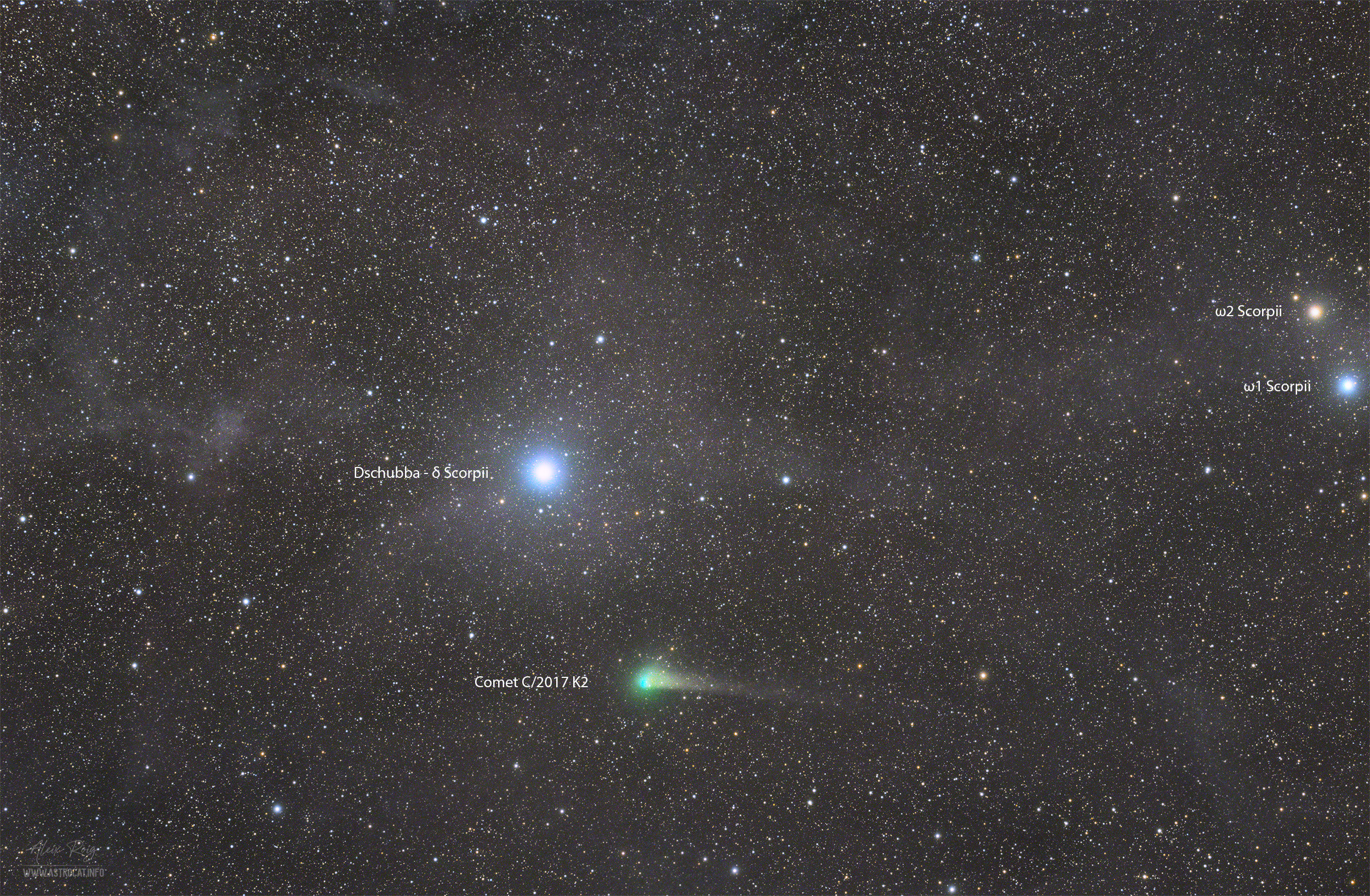 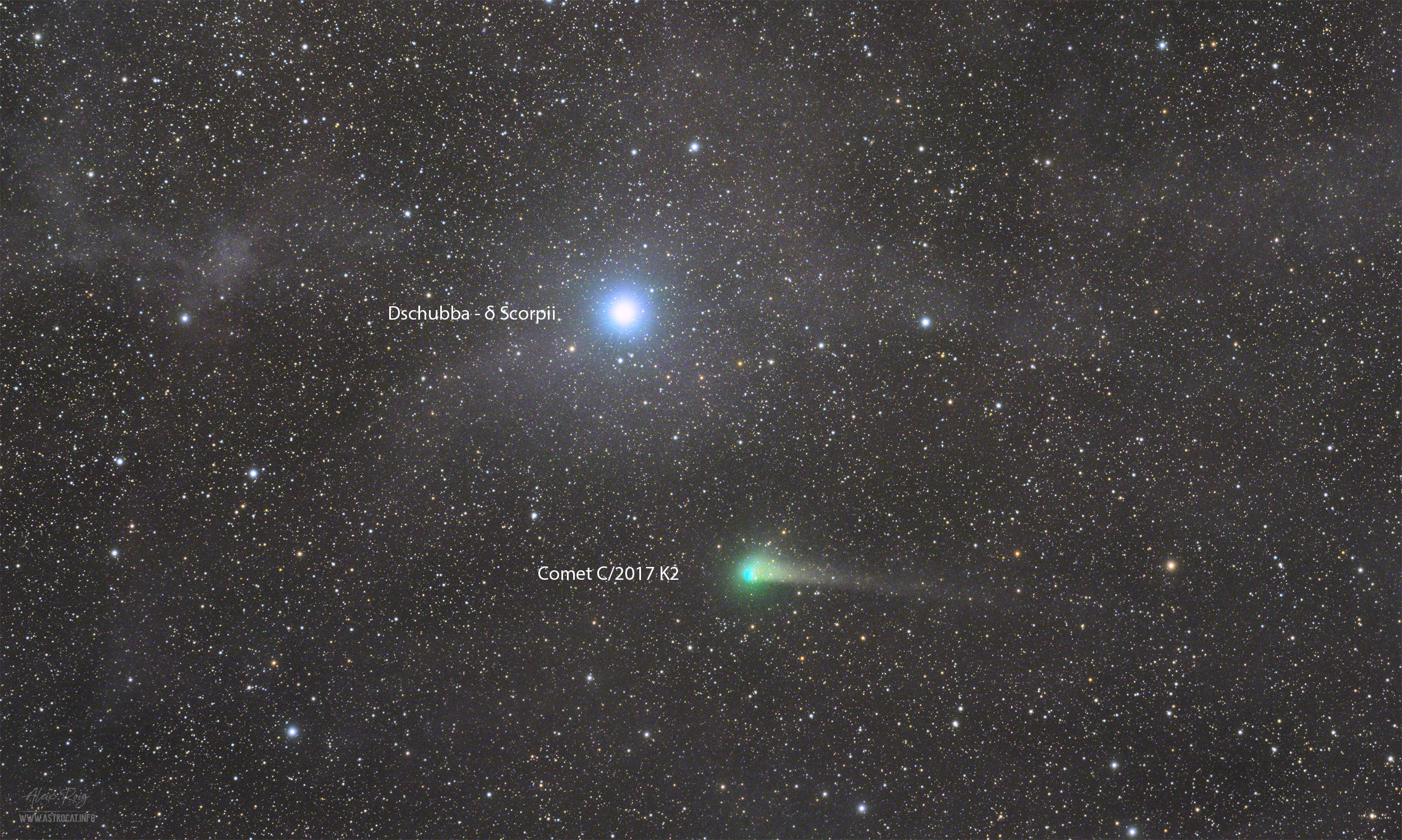 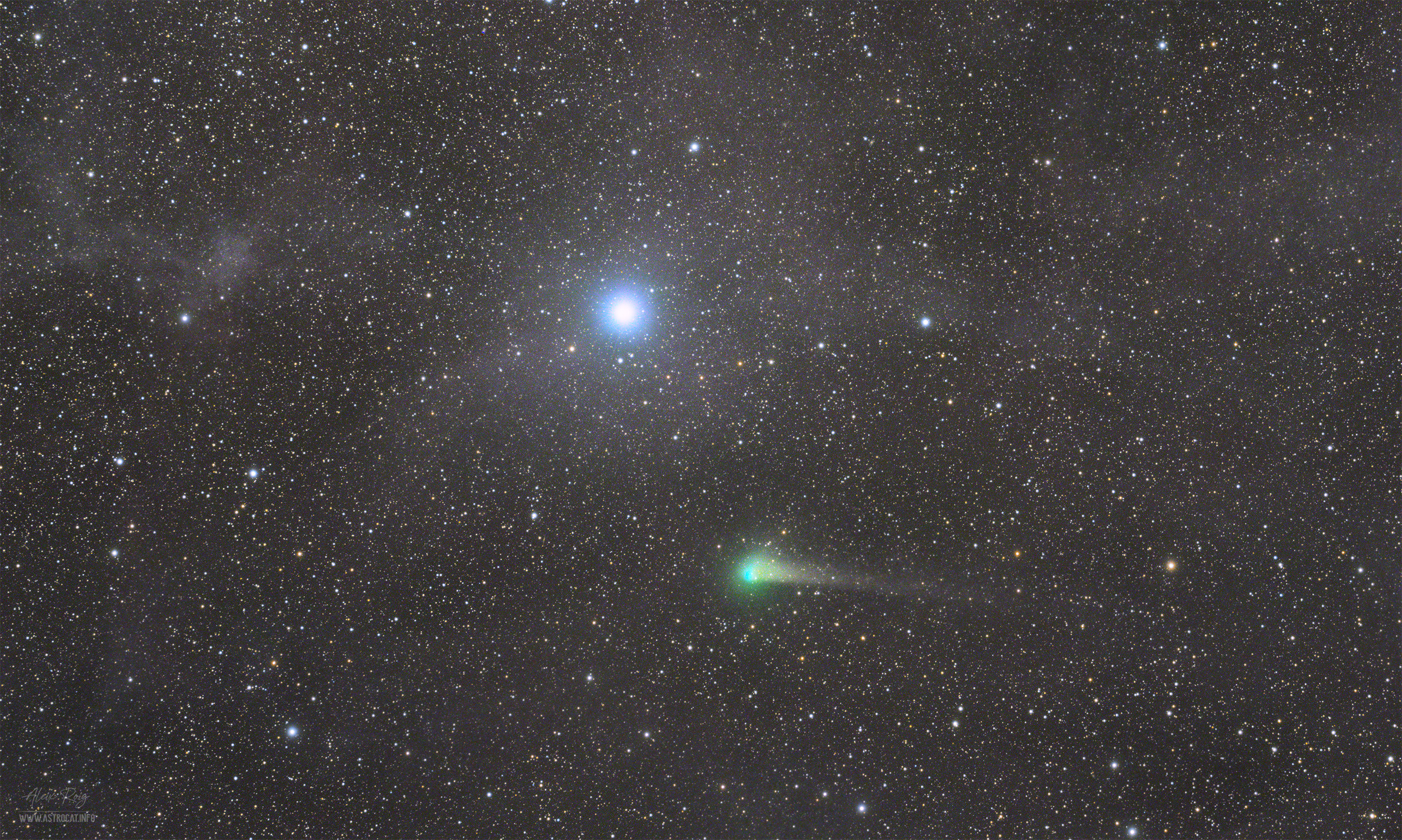 The Comet C/2017 (PANSTARRS) was discovered in May 2017, coming from the Oort Cloud, beyond the orbit of Saturn, some 2.4 billion km from the Sun (16AU). This comet is breaking records regarding its brightness during its long approach to the sun. We have not found such a comet since the amazing views of the Hale-Bopp. Unfortunately we won’t be able to see a comet that bright because of its longer perihelion.
The comet made its closest approach to Earth on July 14, 2022, and will get to the closest distance from the Sun (perihelium) on December 19,2022. During these months the comet will be easily visible with a small telescope and with the aid of astrophotography techniques such as the image shown above. Only the southern observers, or those close to the Equator, will be able to see the comet as it gets to the perihelium.
During my recent trip to Namibia at the end of August 2022, and early September, I had the chance to capture an image of the comet as it was crossing the Scorpius constellation. This region is full of nebulae, as seen in the image. The image was captured the night of the 29th of August 2022 from Tivoli Astrofarm, Namibia. The comet was just crossing next to Dschubba – δ Scorpii, a bright 2 magnitude star. While not visible naked eye, the comet is an interesting  astrophotography target as it shows a quite long tail, of around 1 degree, and another small one of several arcminutes long.
About the processing: to be able to see the nucleus of the  comet I used 3 single 120″ Luminance exposures that were combined with the color data with a shift correction to align the three filters R, G, B. Noise is quite prominent in the image as I only used the data of the same moment the comet was crossing this field.
The full image covers an area of 27 full moons (6 x 9) at a resolution of 2.59″/pixel.

Moon at 6% (not visible when capturing the images)