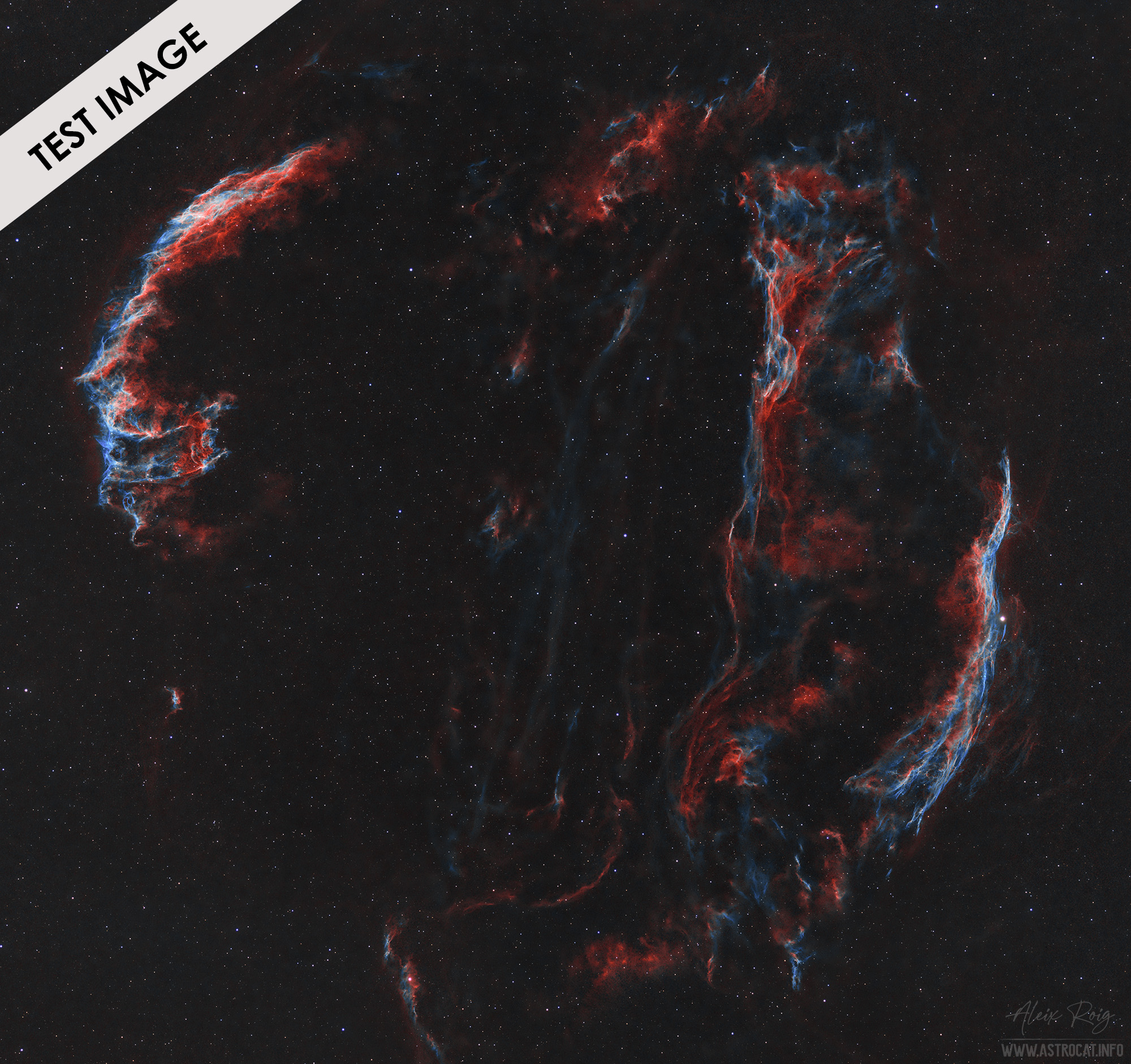 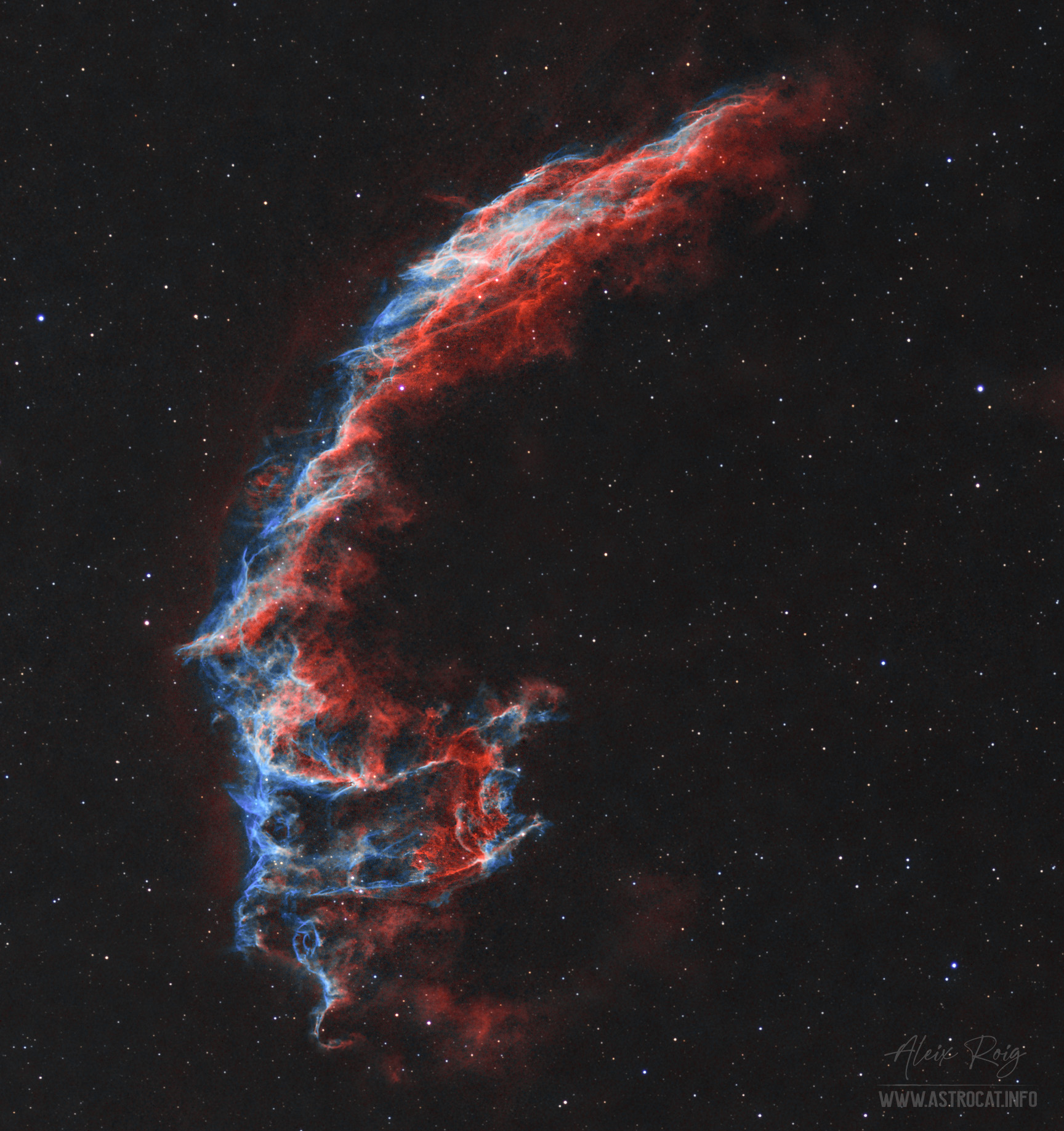 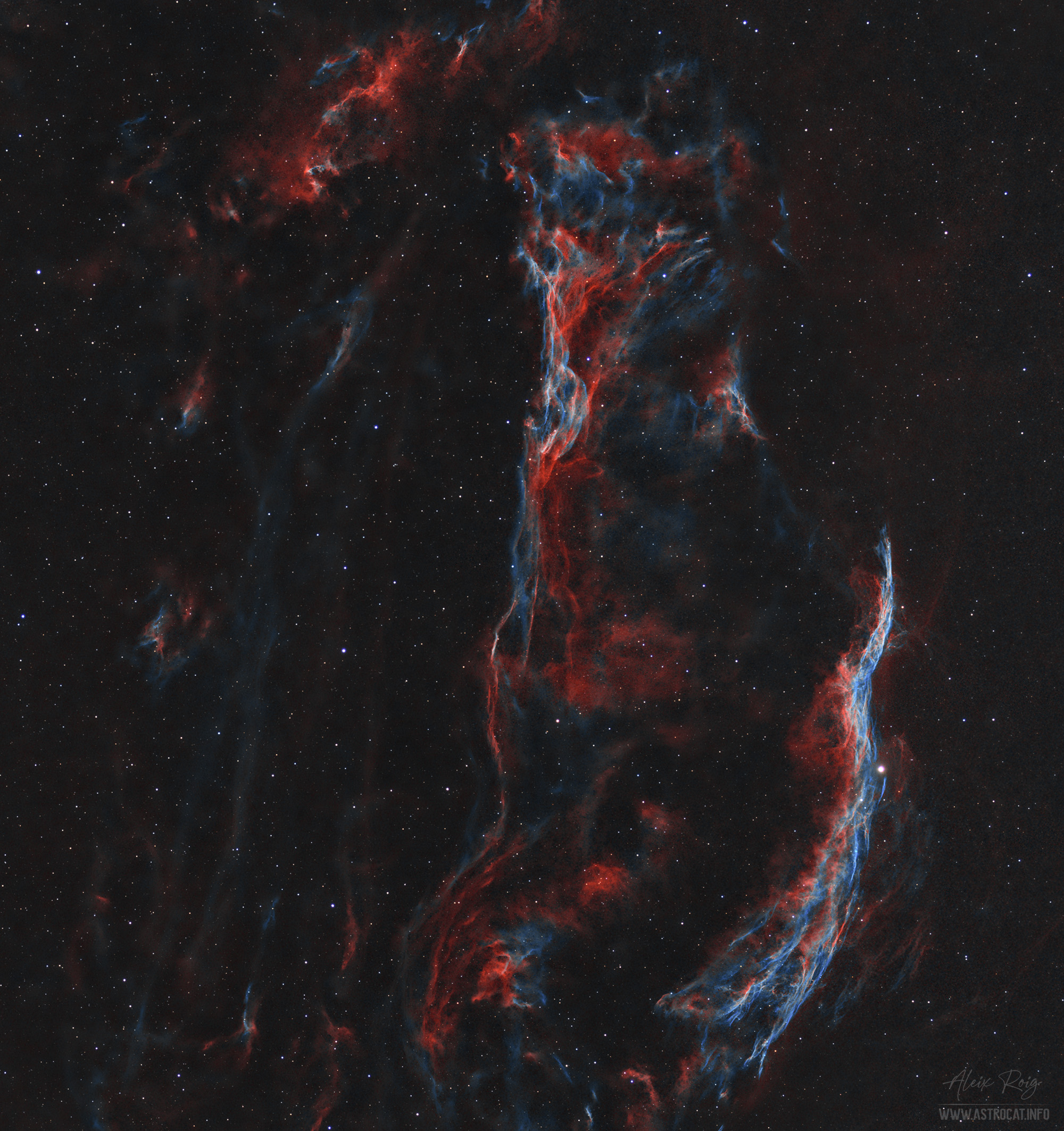 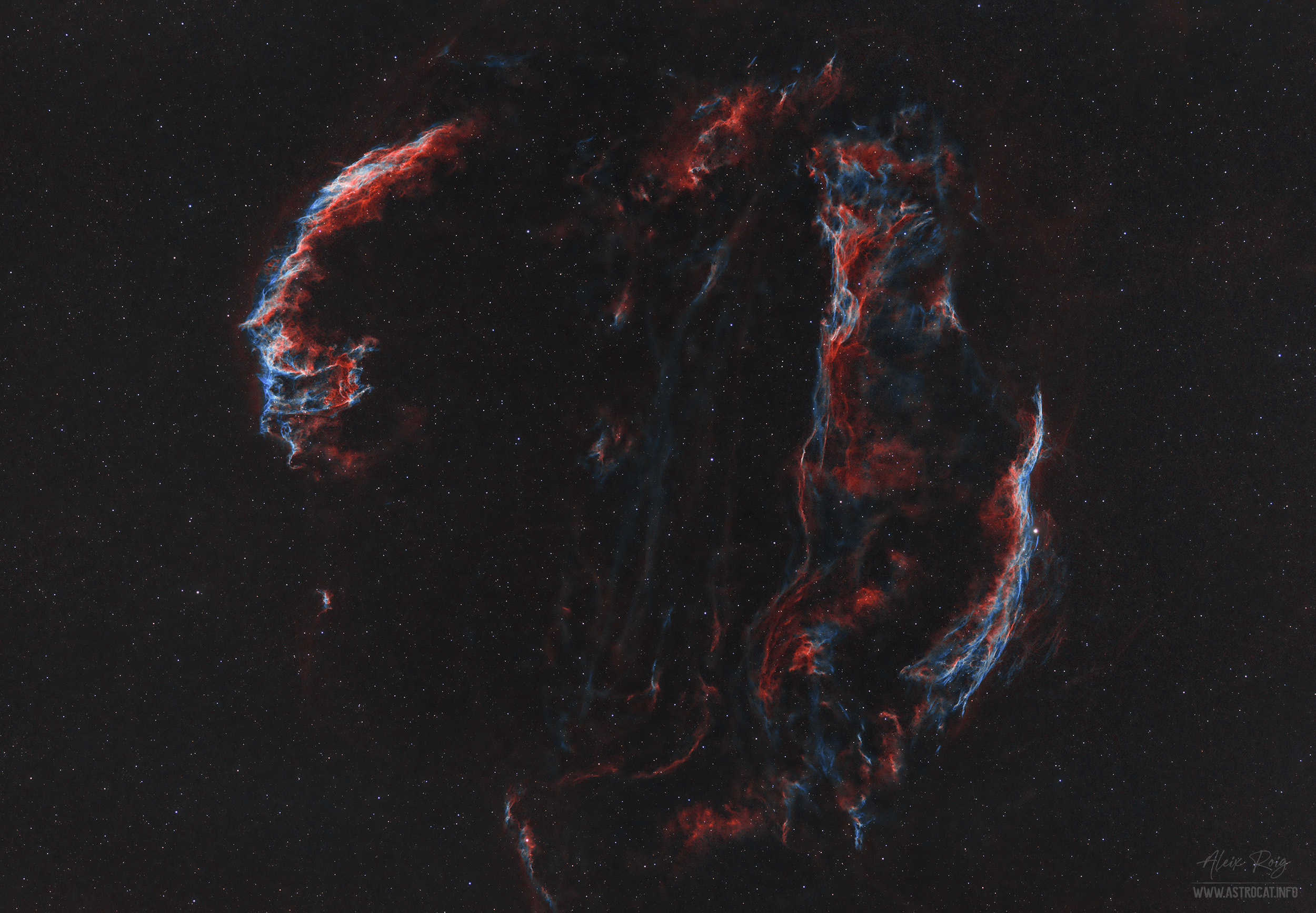 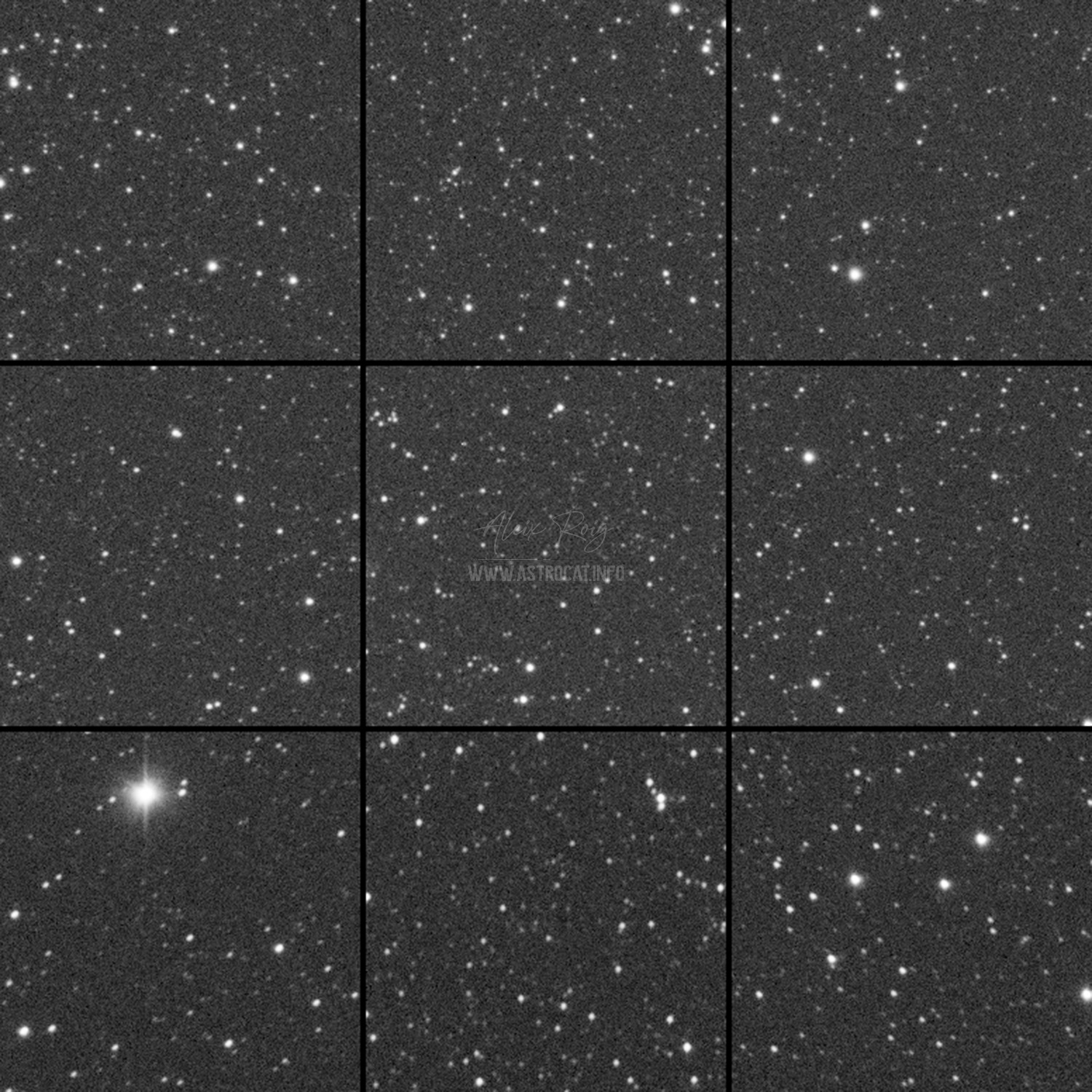 The Cygnus Loop is an amazing nebulae complex located in the Cygnus constellation. It’s composed by several bright emission nebulae such as NGC 6960 and NGC6992, and also by some other faint nebulae.

The image is the first light of my new portable setup composed by:

The high performance of this super light setup just amazed me. The image I got is the shortest monochrome image I’ve ever taken. Despite the noticeable noise that I already expected, I was able to capture several faint details with less than 20 minute exposure in each narrow band filter (Halpha and Oxygen).

Disclaimer: this is not a promoted post, even though I got all the new materials from Askar and ZWO at a good price in order to study its performance.