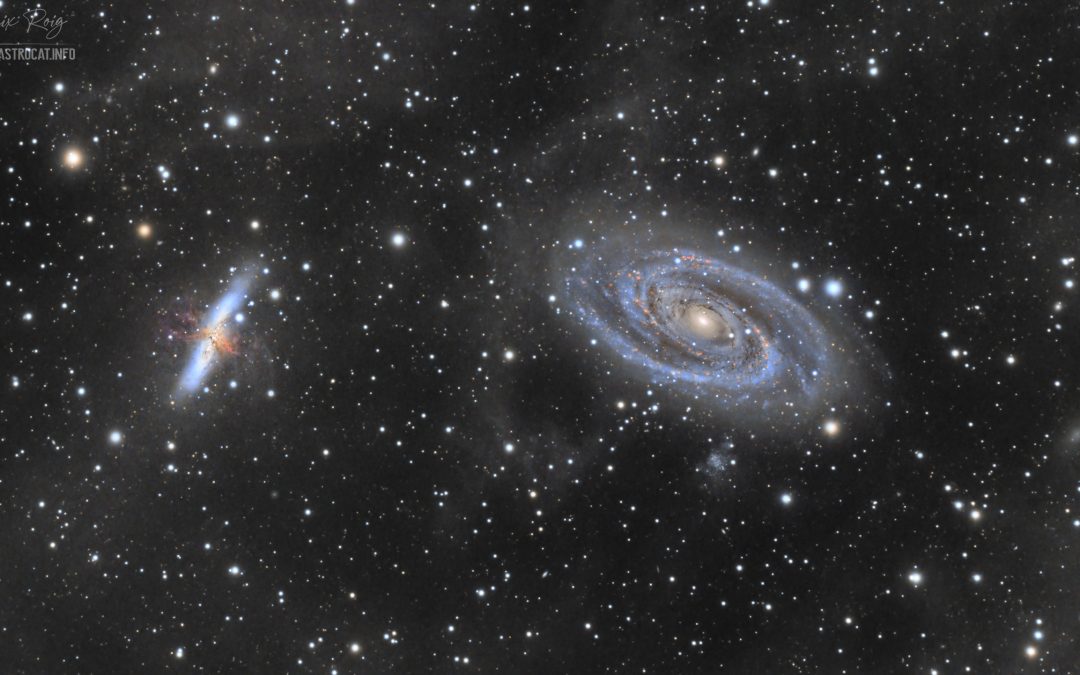 The Bode’s Galaxy (M81) and the Cigar Galaxy (M82) lay some 12 million light-years away from Earth in the constellation of the Great Bear (Ursa Major). M81, a grand design spiral galaxy, is gravitationally interacting with M82, a large galaxy with a filamentary red-glowing gas, five times more luminous than the Milky Way that presents a star forming rate 10 times greater than the one in our own galaxy.

Both galaxies are seen through a vast and complex screen of diffuse gas called Integrated Flux Nebula (IFN). This faint glow is caused by the combined light of the stars of the Milky Way reflected and re-emitted by interstellar gas and dust.

This image has been possible thanks to the dark skies of my home village, Prades, a perfect location for stargazing. Several weeks were needed to collect all the data used to compose this image. While most of the data comes from the Luminance filter, the use of the H alpha filter allowed me to capture the glowing hydrogen filaments of M82 and the star forming regions in M81. The average darkness from my Bortle 4 location was these days around 21.10 mag/arcsec2 . 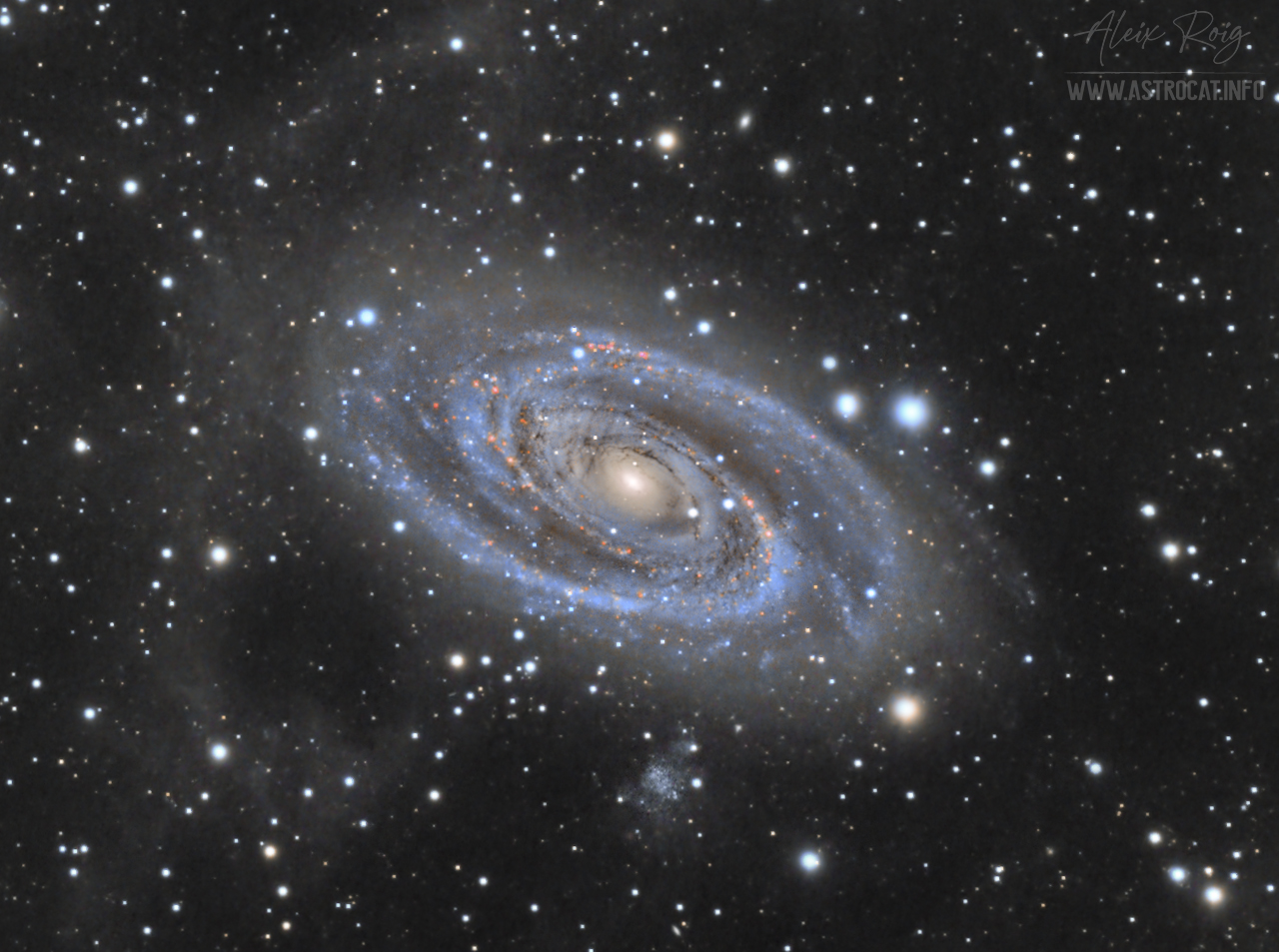 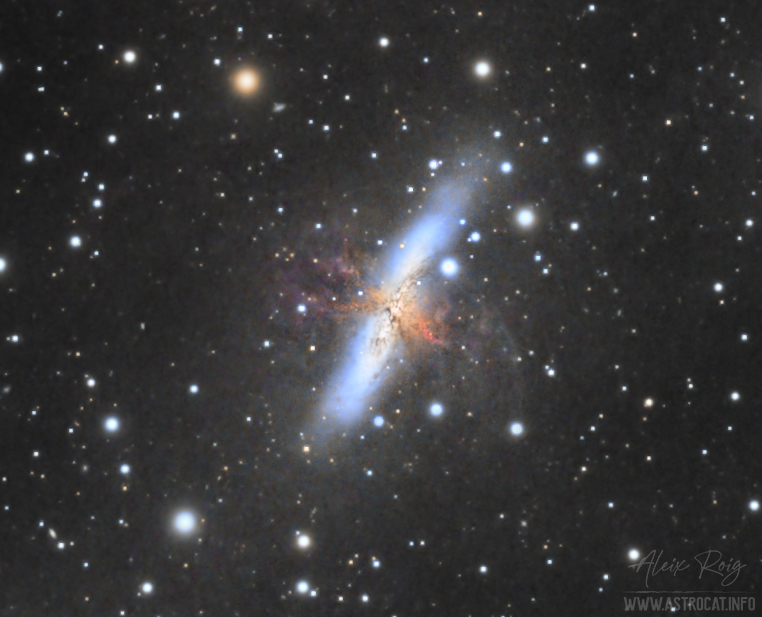 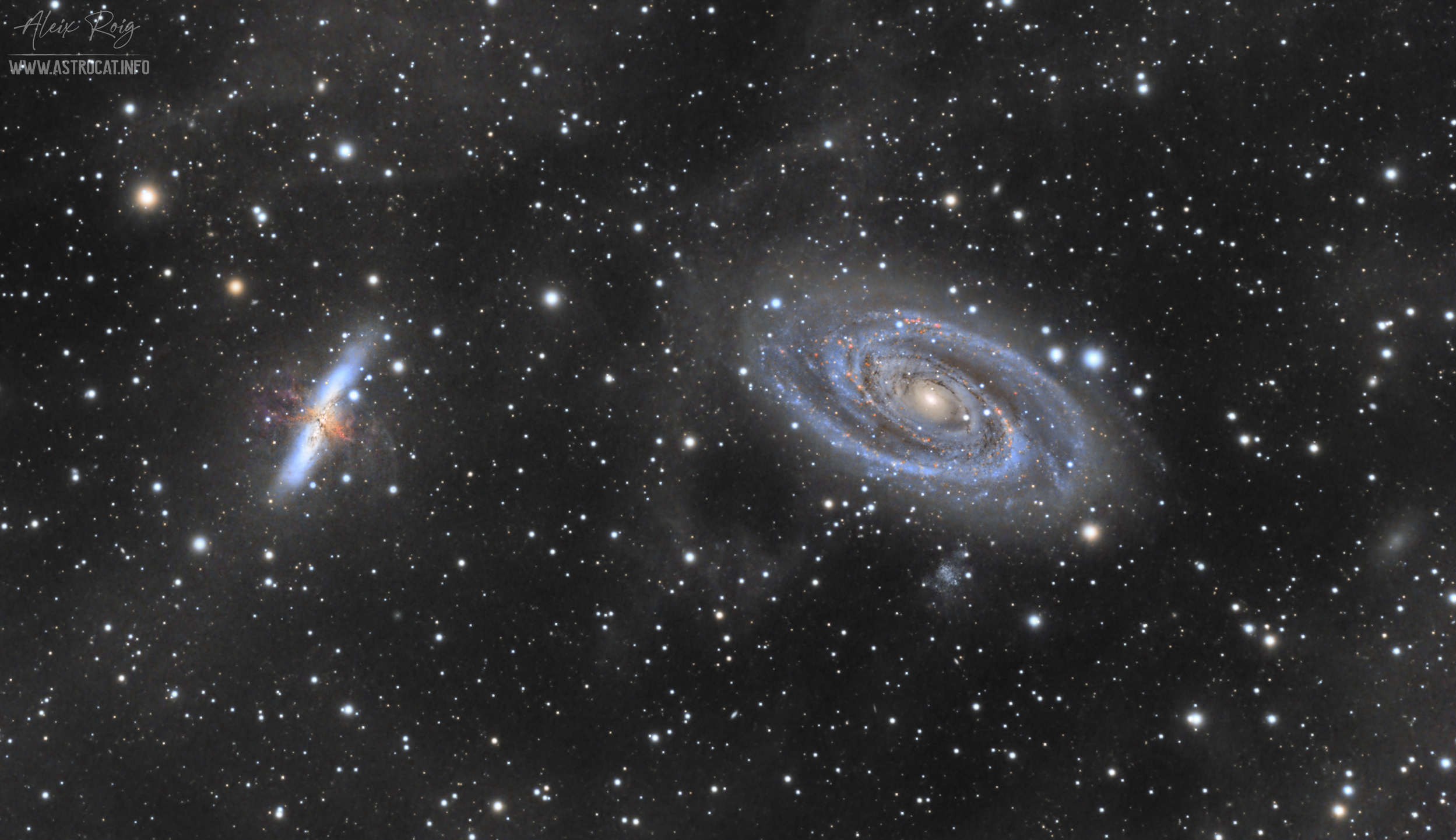 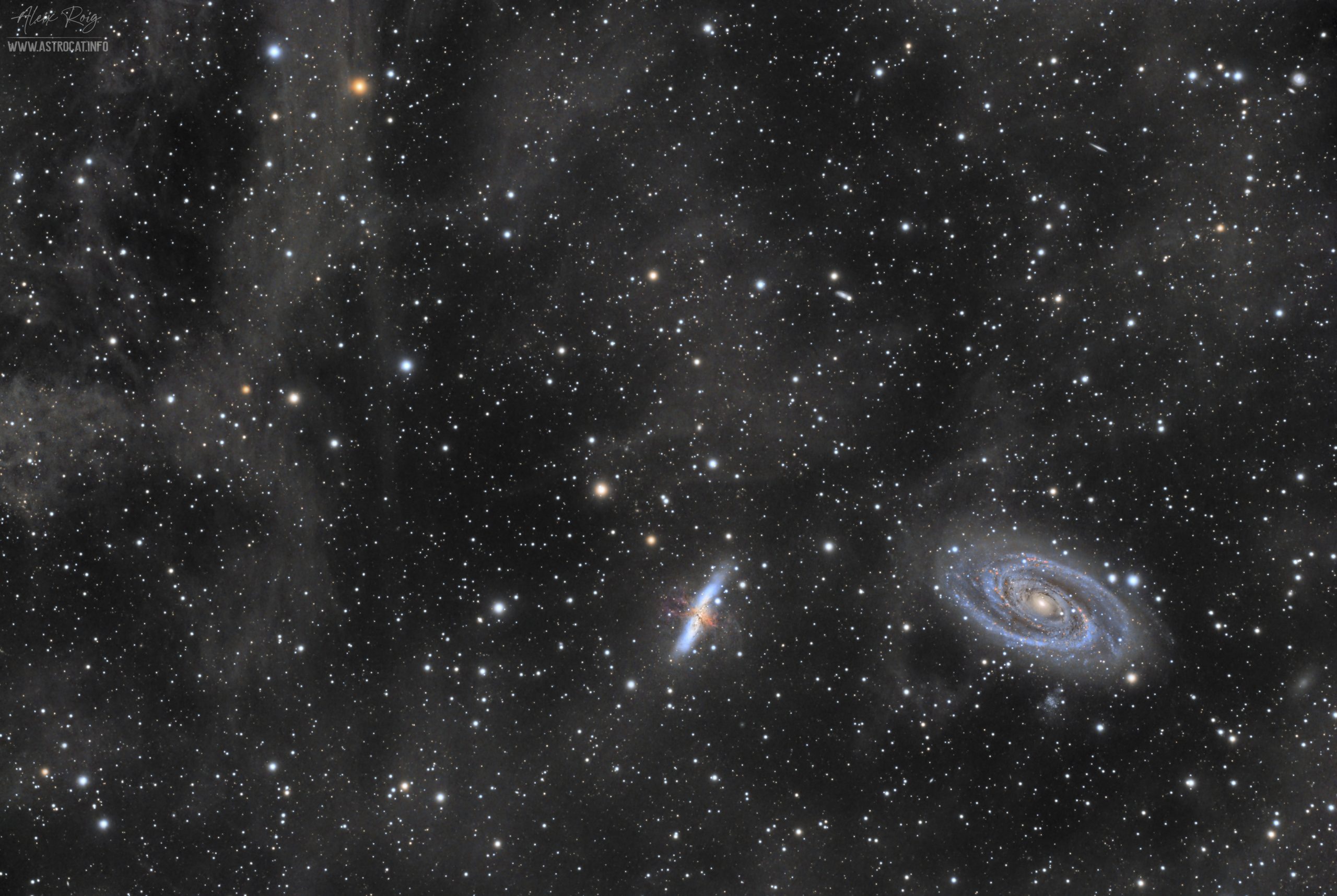 This image has been selected as a top pick image on Astrobin: