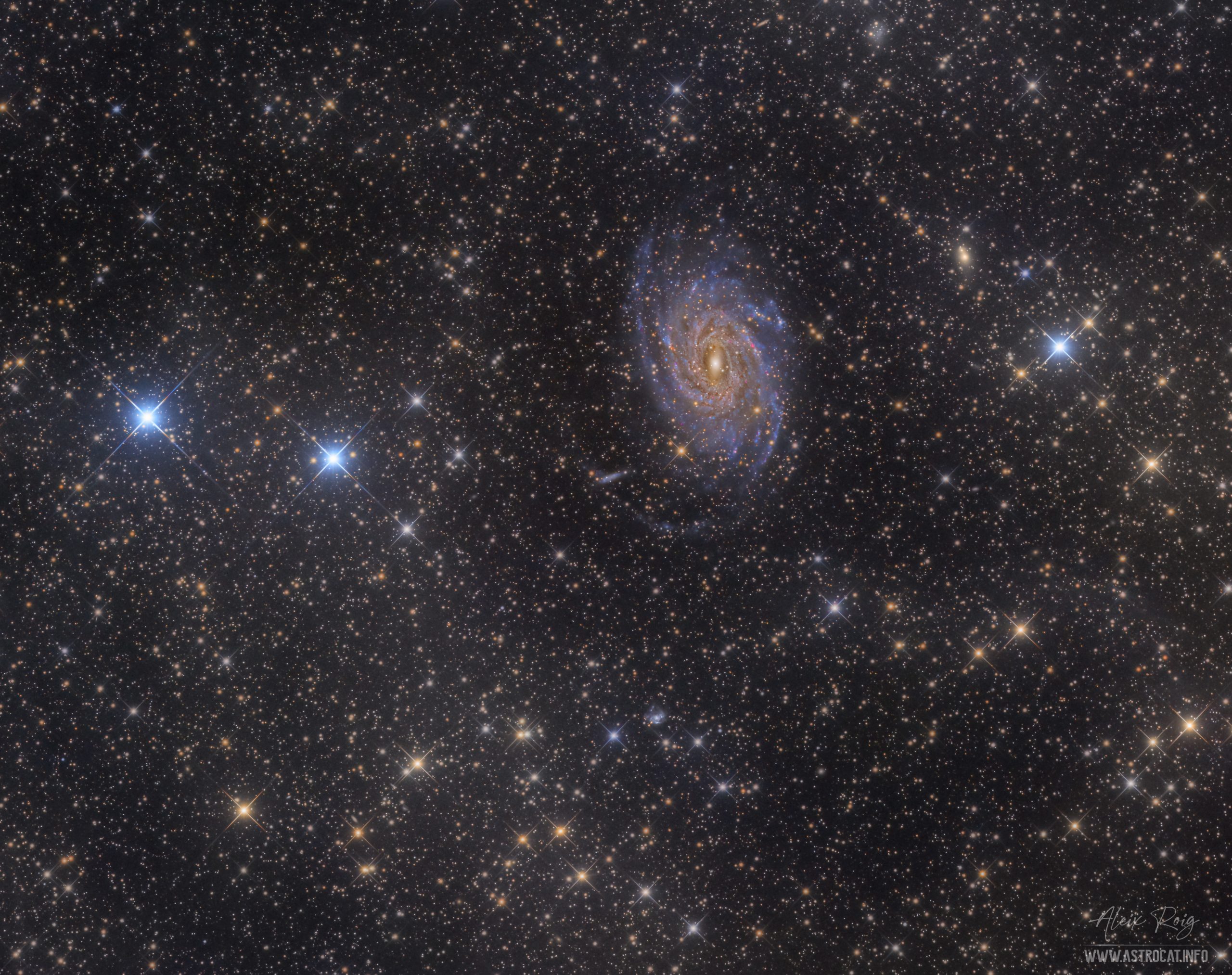 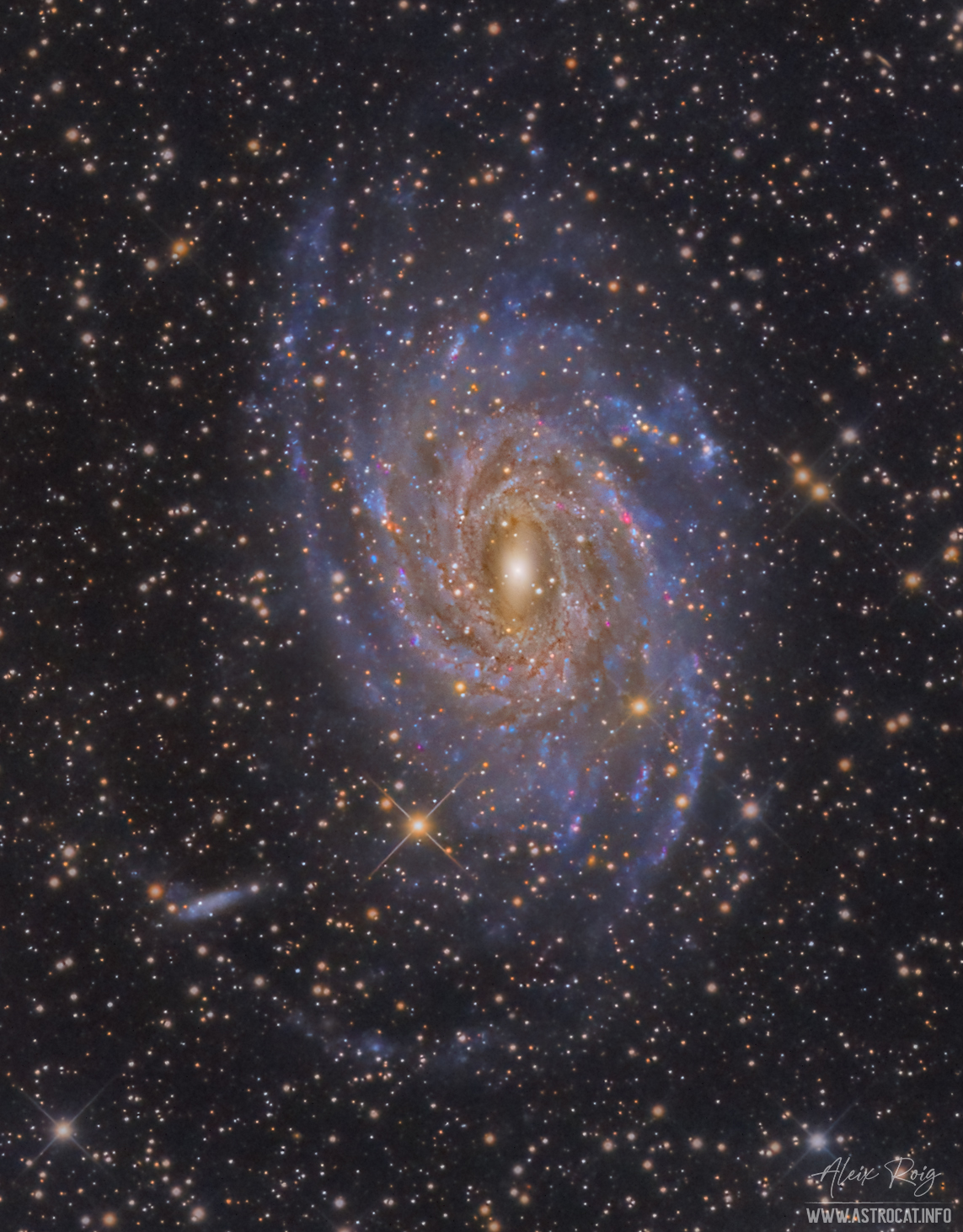 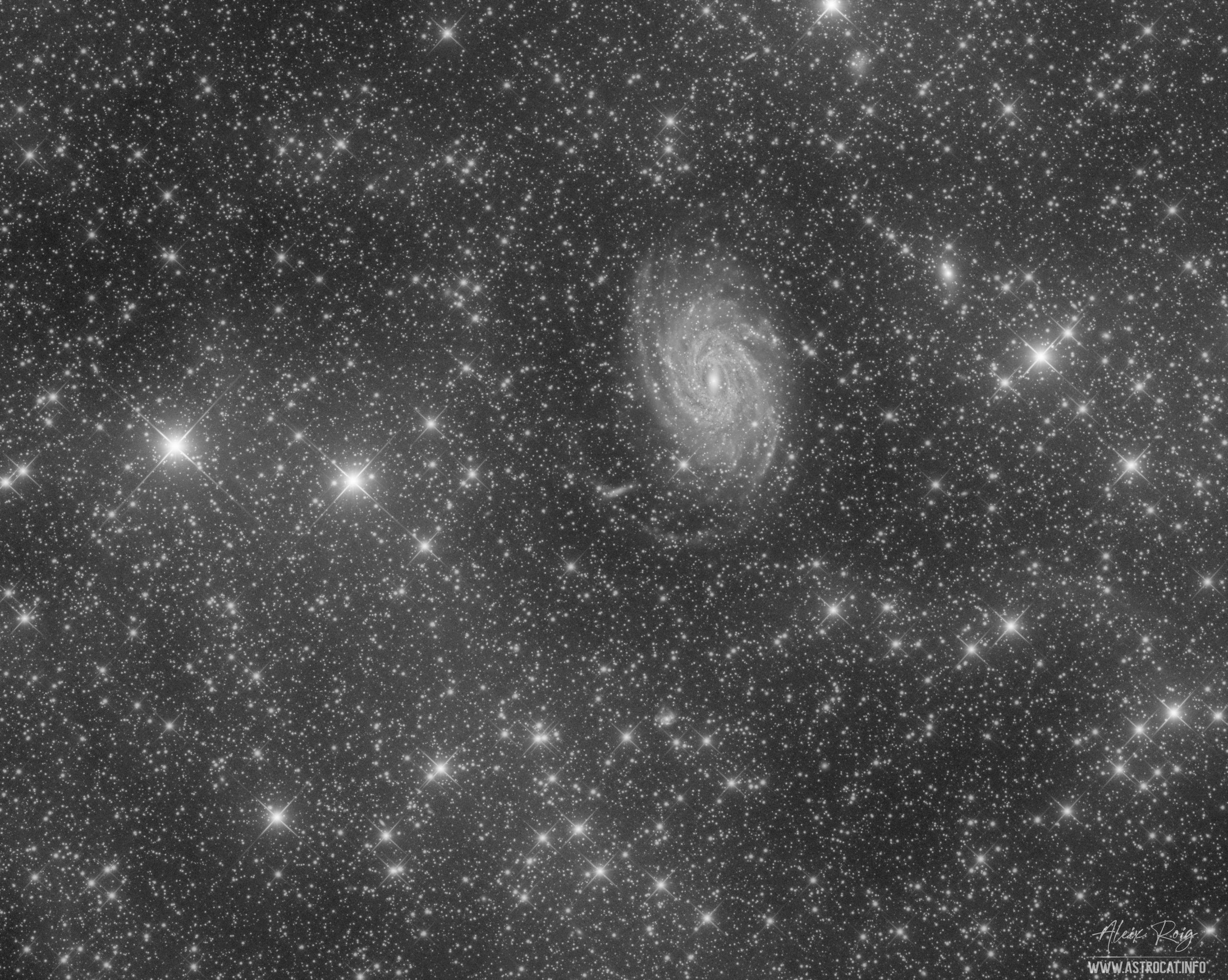 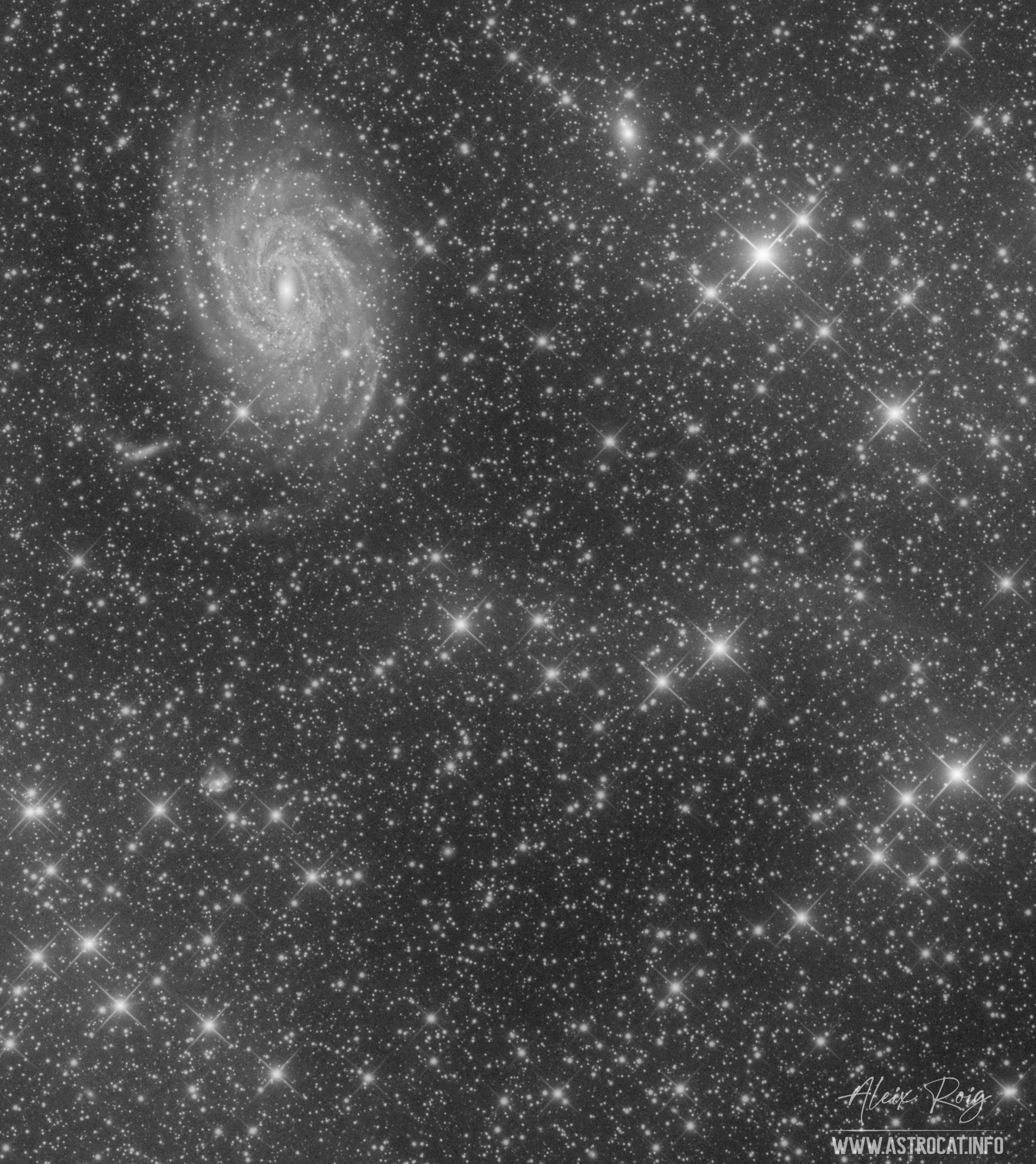 The spiral galaxy NGC6744 lies some 30 million light-years away from our home galaxy, the Milky Way. This amazing structure can be found in the southern Pavo constellation appearing as a faint and diffuse object. The galaxy is nearly 175,000 light-years across, larger than our own galaxy.

The giant galaxy’s yellowish core is dominated by the light from old, cool stars. Beyond the core, spiral arms filled with young blue star clusters and reddish star forming regions sweep past a smaller satellite galaxy at the lower left of NGC6744, reminiscent of the Milky Way’s satellite galaxy the LMC (Large Magellanic Cloud).

This image was captured this past September 2021 from one of the darkest places on Earth, the Namibian desert. I was able to spend a week there, at Tivoli Farm, an astrophotographer’s paradise. There I rented a fully equipped observatory to capture some beautiful southern objects that I cannot photograph from my backyard observatory located in Spain at 41º north.

With a relatively low integration time, from one of the best dark skies and with a fast telescope (ASA 12″ f/3.6 astrograph), I was able to gather enough data to capture the faint galaxies that surround NGC6744. My surprise was that I also captured some Integrated Flux Nebula (IFN) that spans all over the image. Not far from the galactic plane, this faint IFN has been rarely spotted by other amateur images.

See the high resolution image on my Astrobin page.