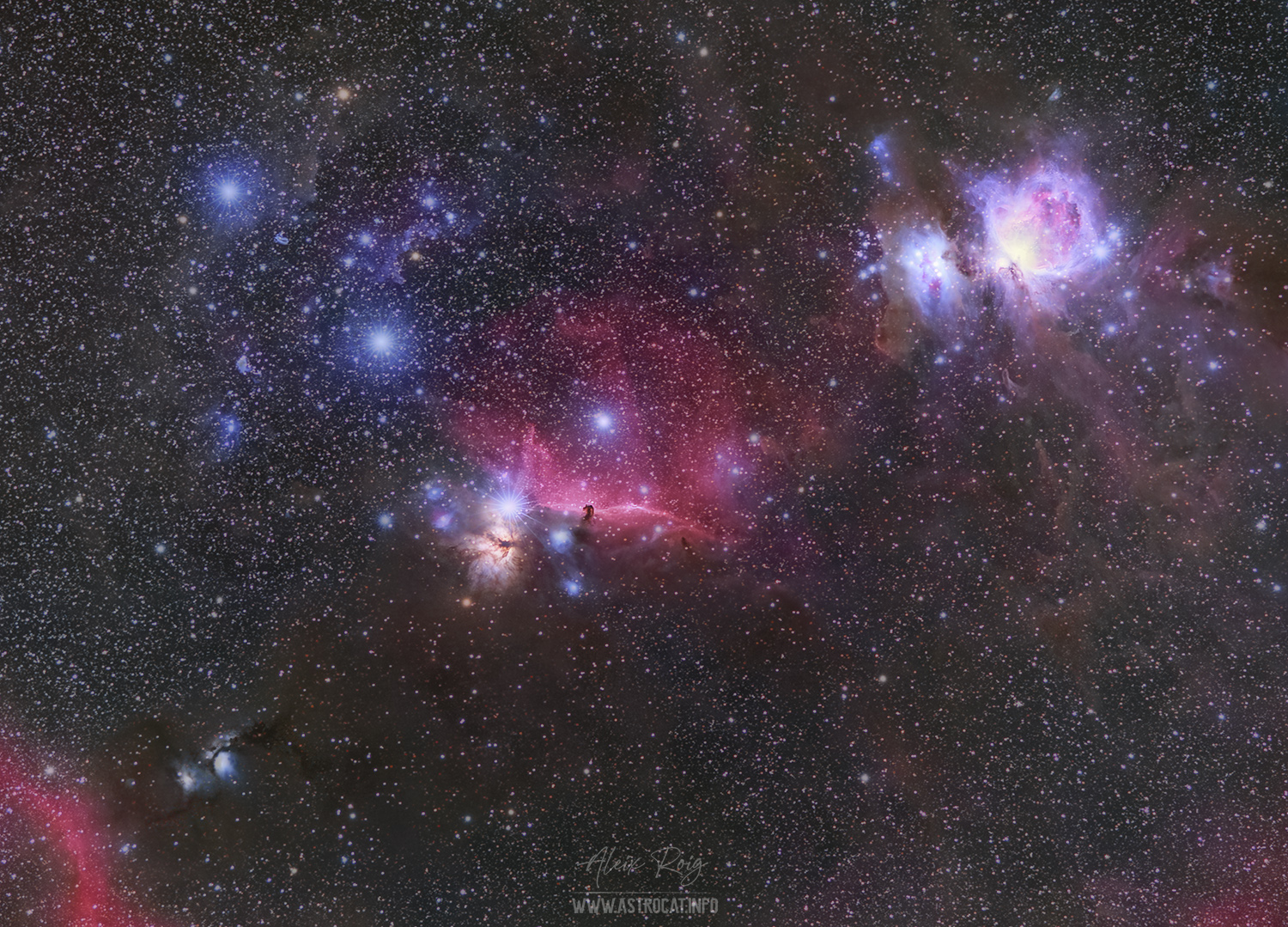 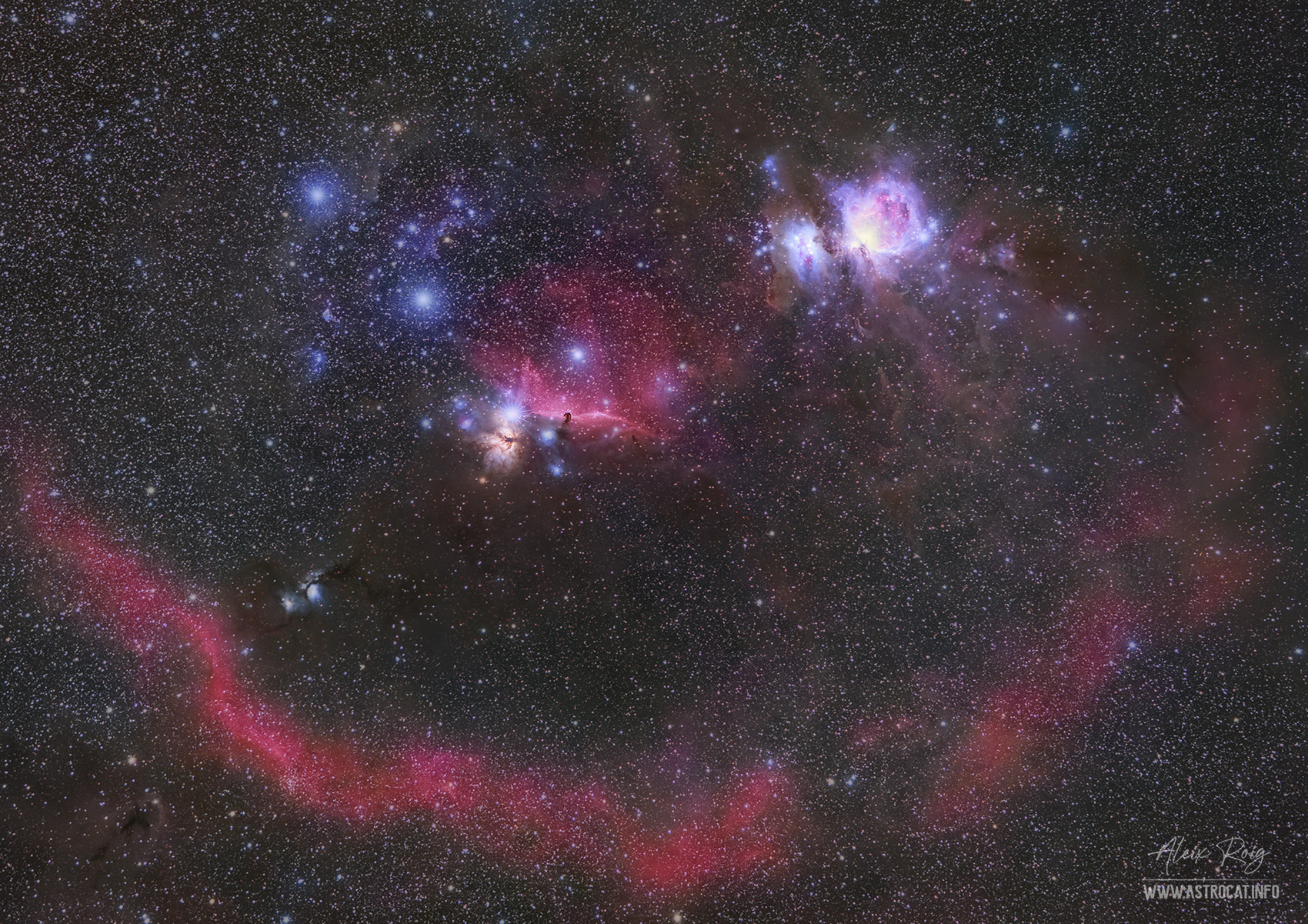 This December 2021 I’ve been focused on capturing images of the C/2021 A1 (Leonard) comet. This image is a spin-off image captured while waiting for the comet to rise above the eastern horizon in the early December 2021.

The image shows many popular bright nebulae such as M42, NGC1977, M78 and IC434 (in the center of the image), and also some other faint nebulae such as the well known Barnard’s Loop. This structure is a huge HII region, an emission nebula, that surrounds the central part of Orion constellation.

Calibrated with: darks, flats and bias