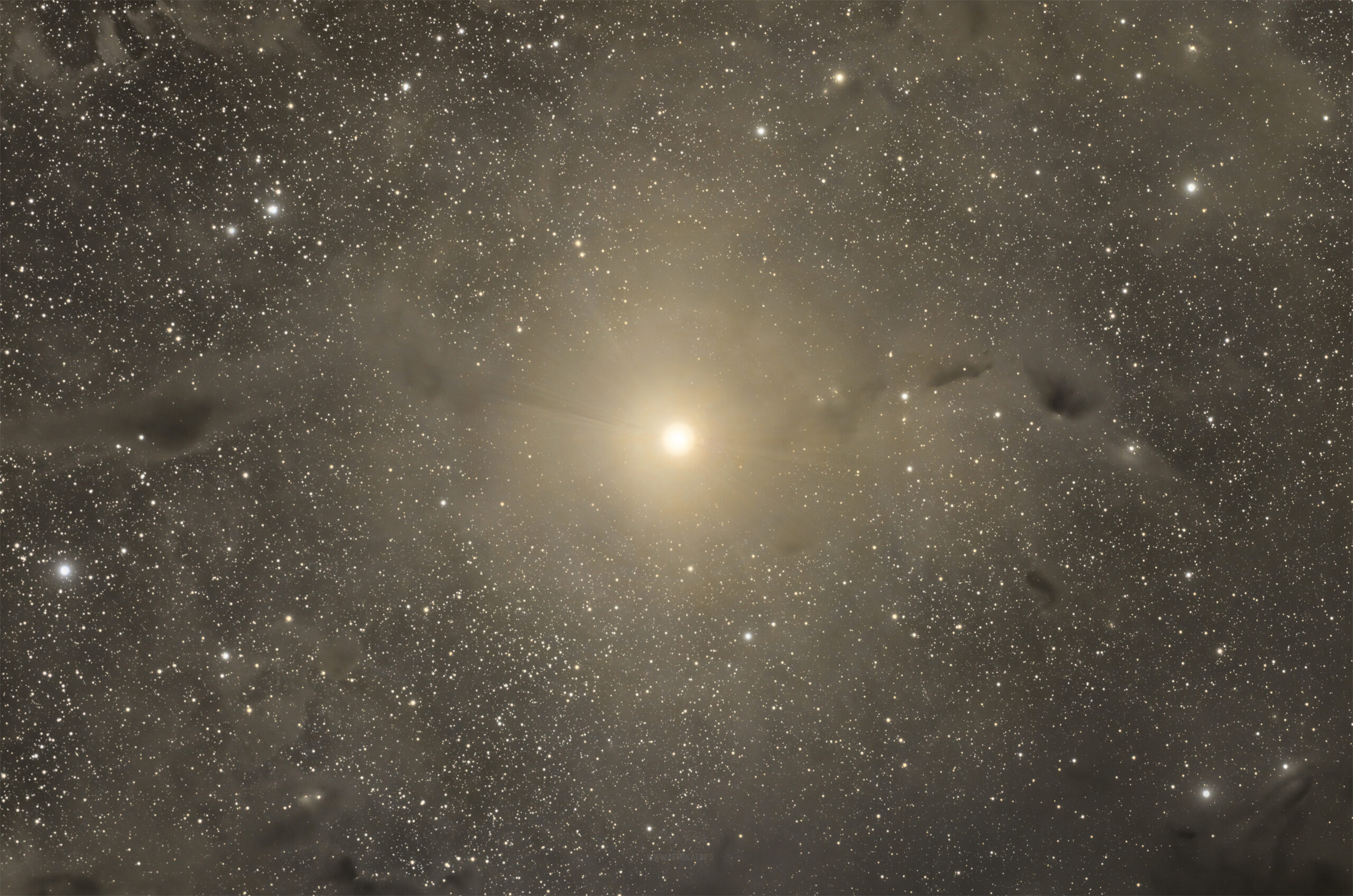 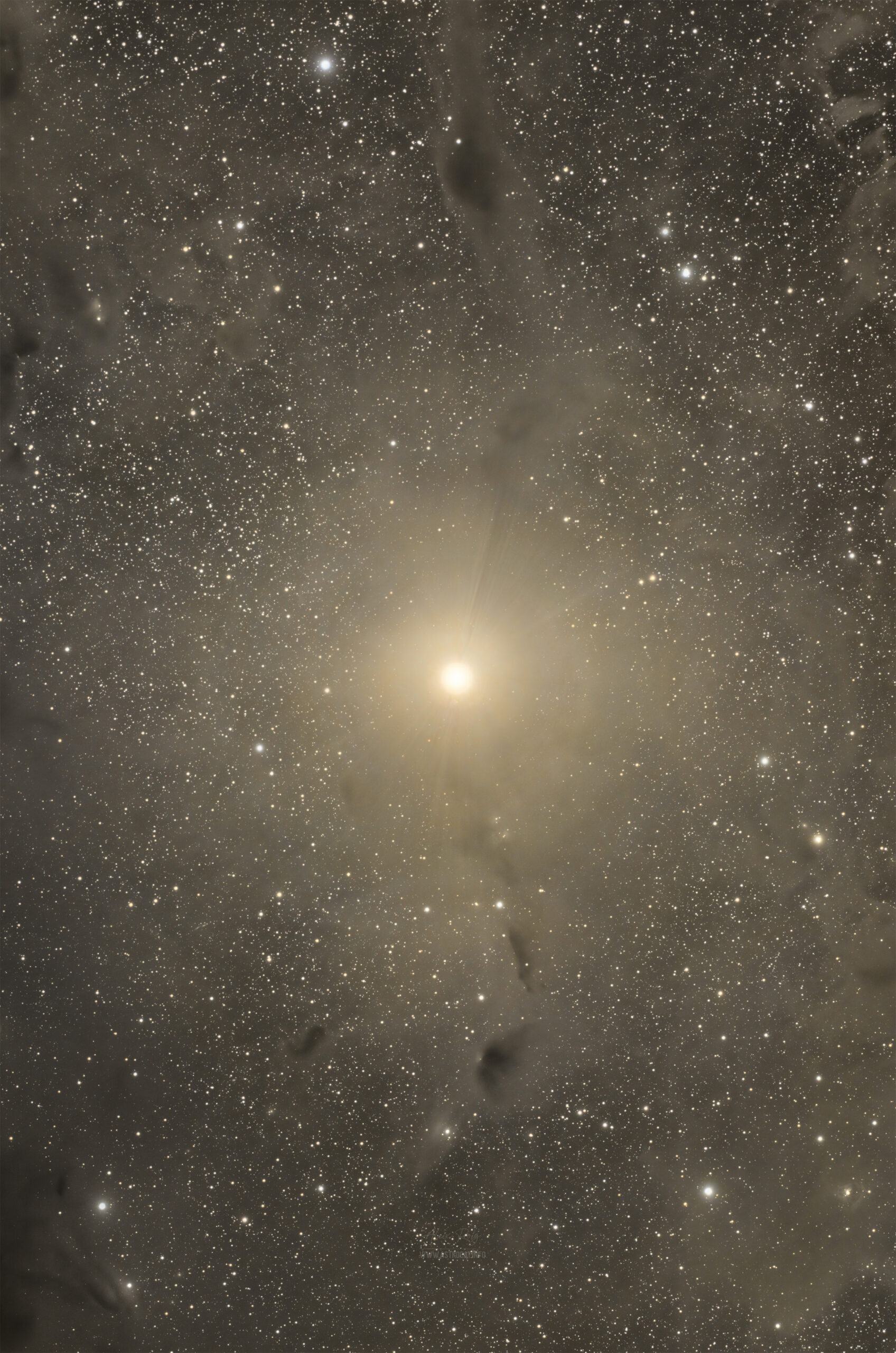 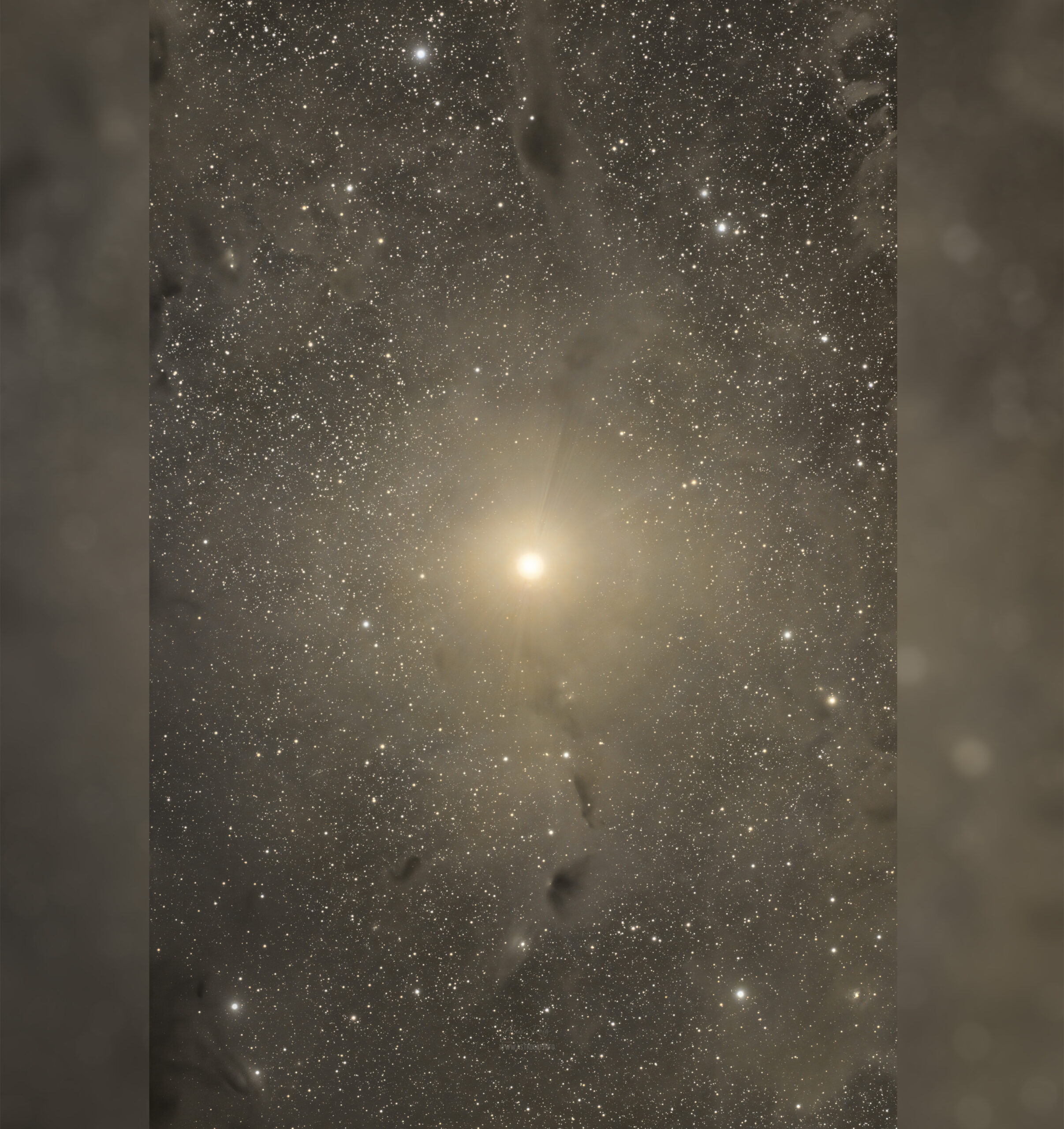 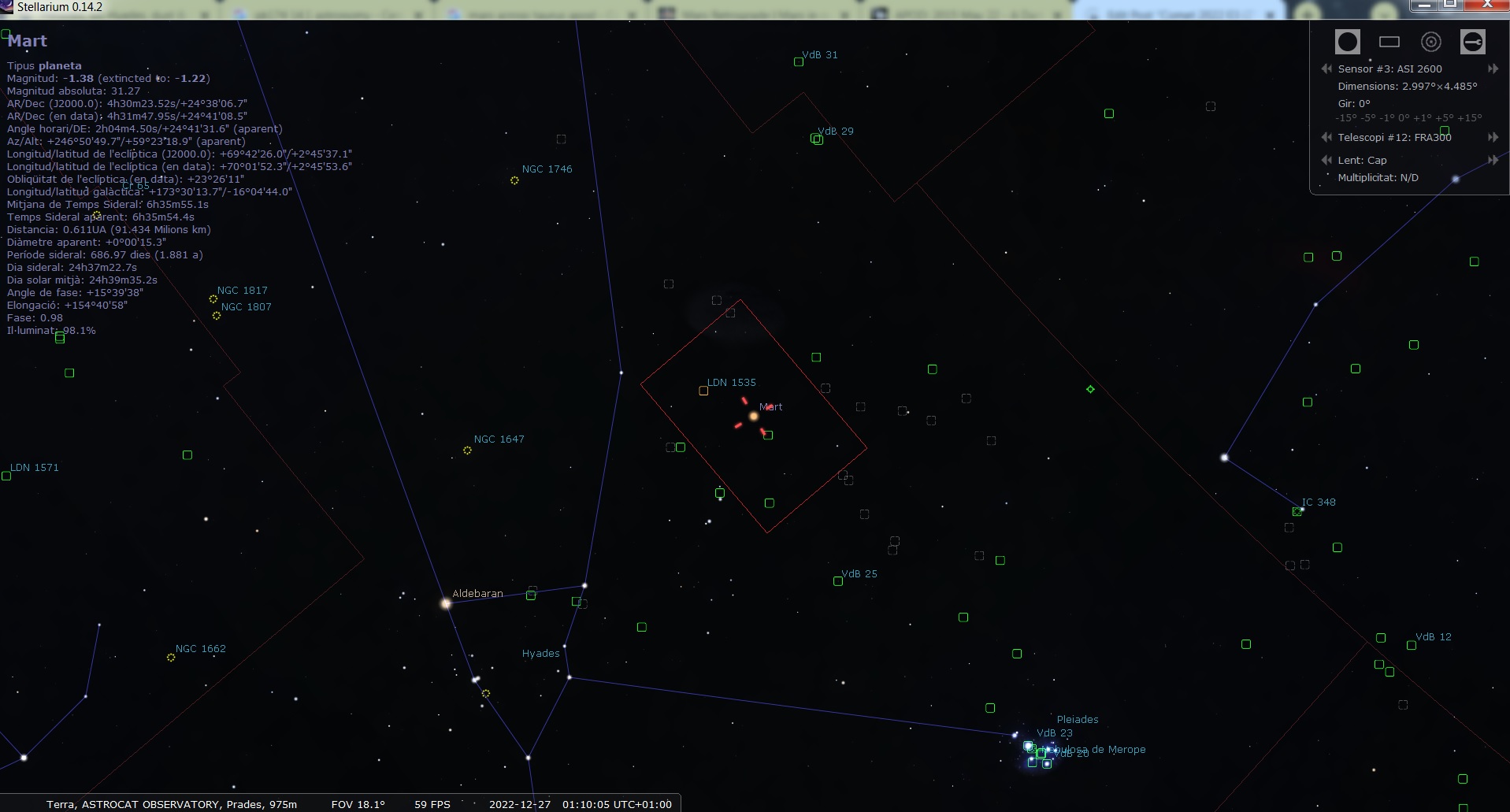 Mars entered its retrograde motion last 30th of October 2022 and will end it on the 12th of January. These weeks it has been crossing the Taurus constellation, showing the so-called retrograde motion, an apparent erratic movement that can be seen about every 26 months. This region is full of molecular clouds that can be distinguished in this telescopic wide field image captured the night of the 26th to the 27th of December 2022. The image covers an area of more than 10 full Moons in diagonal (5º19′).

If you were to look up in the eastern sky at the same time each night and note where Mars appears to be compared to the constellations of stars, you would find the planet a little farther east with each viewing. That is, Mars appears to move from west to east from one night to the next. Every two years or so, there are a couple of months when Mars’ position from night to night seems to change direction and move east to west. This strange behavior was very puzzling to early skywatchers. Did the planet really stop, back up, change its mind, and then continue to move forward? Did it have some weird, mystical meaning? Today we know what’s going on. It’s an illusion, caused by the ways that Earth and Mars orbit the sun.

About every 26 months, Earth comes up from behind and overtakes Mars. While we’re passing by the red planet this year, it will look to us as though Mars is moving up and down. Then, as we move farther along our curved orbit and see the planet from a different angle, the illusion will disappear and we will once again see Mars move in a straight line. This apparent erratic movement is called “retrograde motion.” The illusion also happens with Jupiter and the other planets that orbit farther from the sun.

The image was captured in one single night, the 26th of December, with a total exposure of 3h 30′. Due to the super bright Mars, with an apparent magnitude -1.41, it was quite difficult to capture the faint molecular clouds present in the background of the image. The yellow glow of Mars covered the full field of view giving a warm appearance to the image.

I captured the image from my new backyard observatory in Prades (Tarragona, Catalonia – Spain). Located 2h south from Barcelona it has a quite dark sky being a Bortle 4. Seeing conditions are quite good, averaging from 0.8″ to 1.5″. The high altitude of my home, at 975 above sea level, gives this site the perfect astronomy conditions to capture images of the deep sky objects. That’s why I left my home in Vilassar de Mar (Barcelona) to live my dream, together with my wife, here in Prades.

The image was captured when the Moon had set, from 20:34 UTC Dec.26 until 01:26 UTC Dec.27, with a monochrome camera and broadband LRGB filters. Due to high clouds I discarted allk the blue band images and had to create a synthetic blue from the other channels. The luminance filter was used to get all the faint details of the molecular clouds that can be seen in the background. I got 3h 20′ of data on this filter.

To compose this text I visited the Nasa Science website. I added all the complementary information about the image.

See this Stellarium animation of its retrograde movement that I created to show this event: https://www.youtube.com/watch?v=BgQyp7HXIYg

Average Moon phase at 18% (not visible during the captures)