Sharpless-308: The Dolphin Nebula and its Wolf-Rayet star 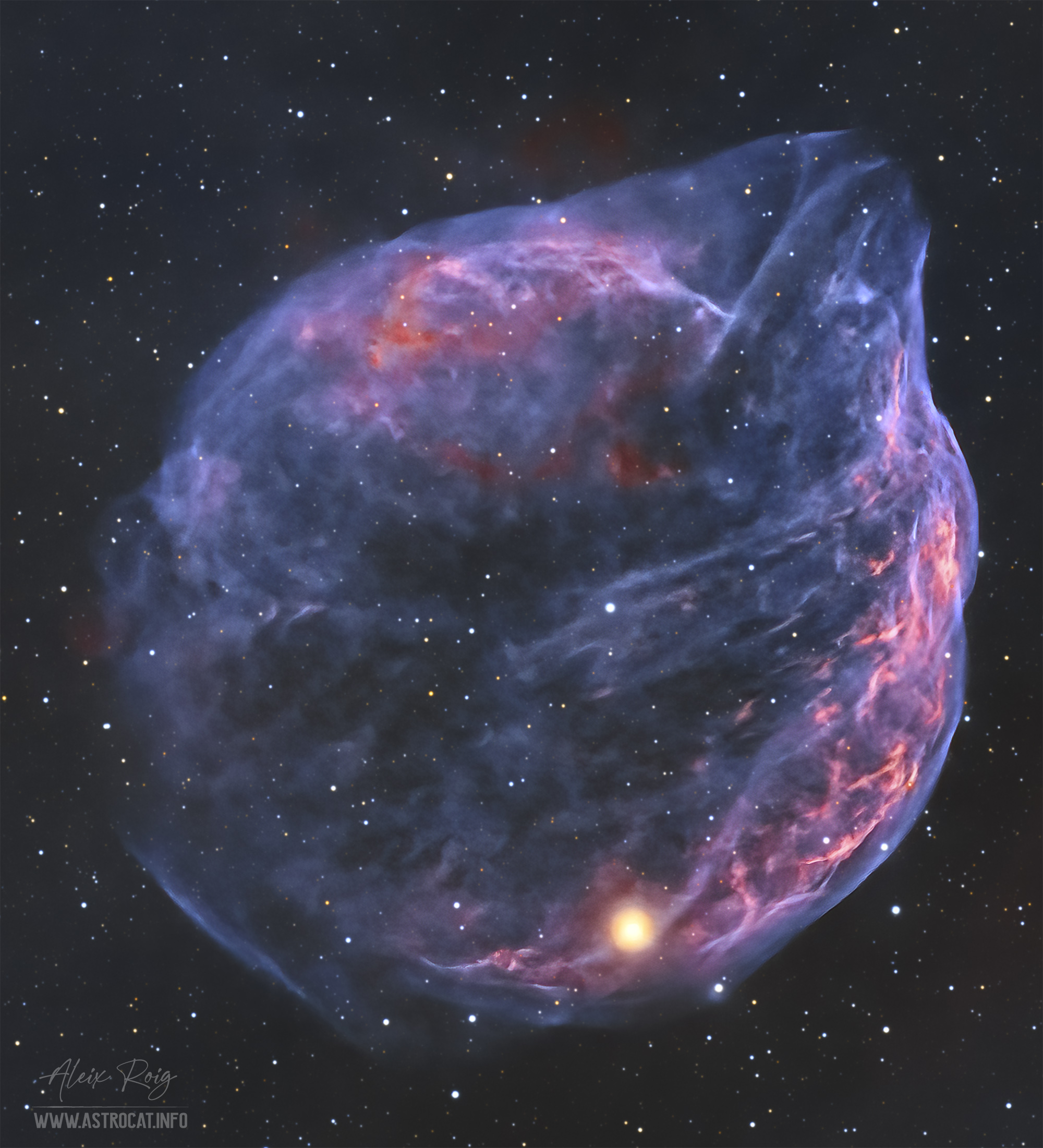 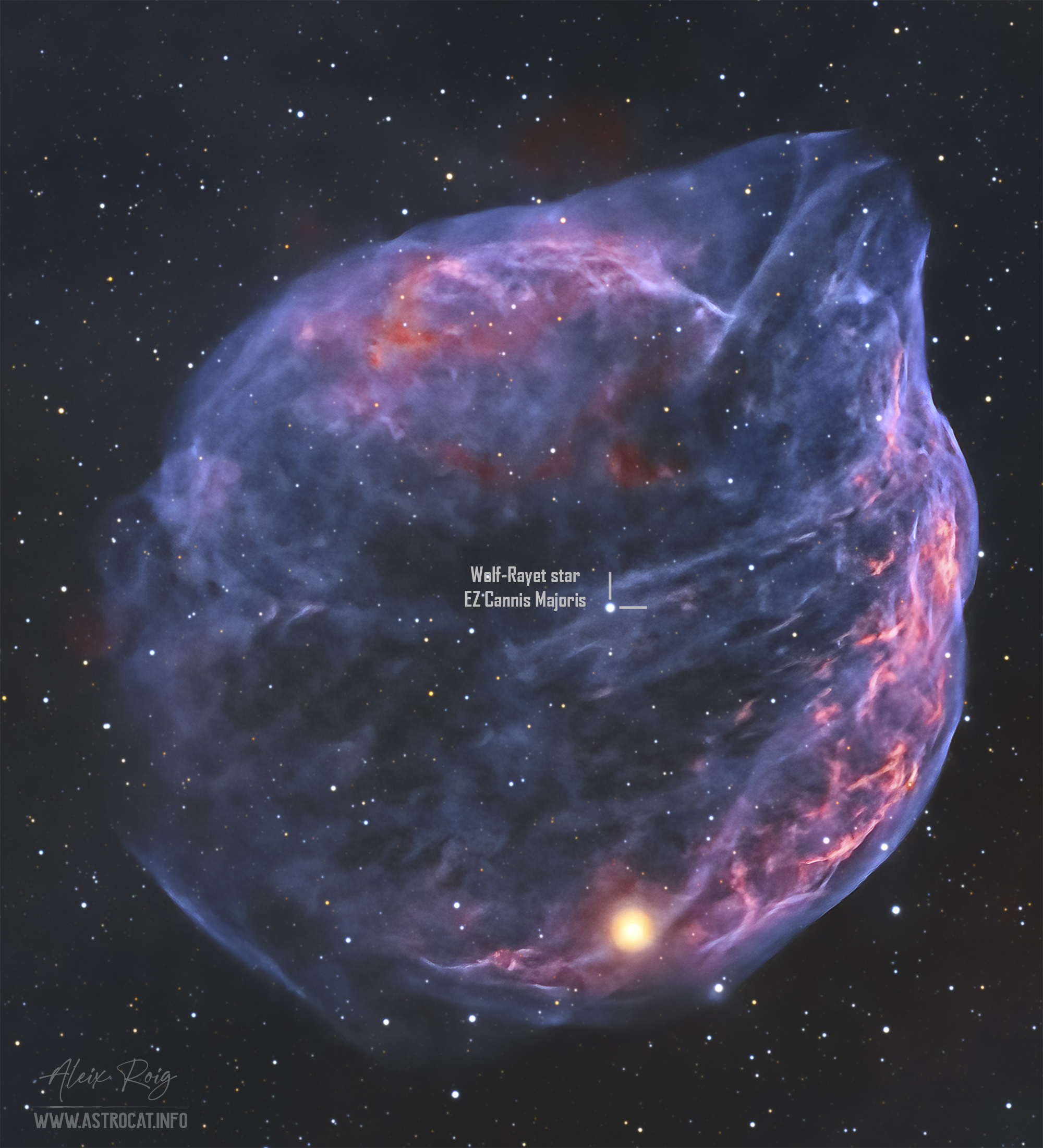 Not far from Sirius, the brightest star in the night sky, this cosmic scape shows the effects of several energetic events blown by the massive Wolf-Rayet star WR 6, located in the Cannis Majoris constellation.

Sharpless-308, also known as the Dolphin Nebula, seems to dive towards a Cosmic Reef, the HII region catalogued as Sh2-303. According to a 1982 study, this nebula is ionised by the Wolf-Rayet star WR 6 along with Sh2-304 and Sh2-308, also called the Dolphin Nebula. A look at this region in Ha suggests that Sh2-303 is the brightest part of a ring that appears to surround several B class giant stars, including LS92 (B2/3 III) and HD 51200 (B2 III/IV). So it seems as though WR 6 may not be the only ionising star for this nebula.

The Dolphin Nebula itself it’s a faint nebula created by a massive Wolf-Rayet star; the bright star near the center of the nebula, known as EZ Cannis Majoris, EZ CMa or WR 6. These massive stars can have 20 times the mass of the Sun, and are thought to be a pre-supernova phase.

This bubble-shaped nebula lies some 5,200 light-years away from Earth and it covers a diameter of 60 light-years. That corresponds to a similar angular diameter as the Full Moon. It can be seen towards the constellation of Canis Majoris.

This deep sky object it’s quite difficult to be captured from the northern hemisphere locations due to its low altitude. From my home location, where all the images were taken, it only rises some 24º above the horizon when it passes through the meridian. That implies being affected by the southern horizon light pollution. Even though I live in the south of Europe (Prades, Tarragona – Spain) in a quite dark location (Bortle 3/4), it’s at the limit of my technical capabilities.

I struggled to get as much data as I could with my dual Takahashi FSQ setup during several full moon January 2022 nights. For the nebula structure I used a 3nm Ha filter in front of my ASI2600M and FSQ106 EDX4 and also a 6,5nm [OIII] filter on the FSQ85 with the smaller ASI294MM sensor. RGB images were captured by the FSQ106 to create the starfield image in natural color.

A special mention to Astronomy Picture of the Day and GalaxyMap.org for their excellent pages that helped me to document the text above.

Thanks for taking your time on this site.

Calibrated with darks, flats and dark-flats.