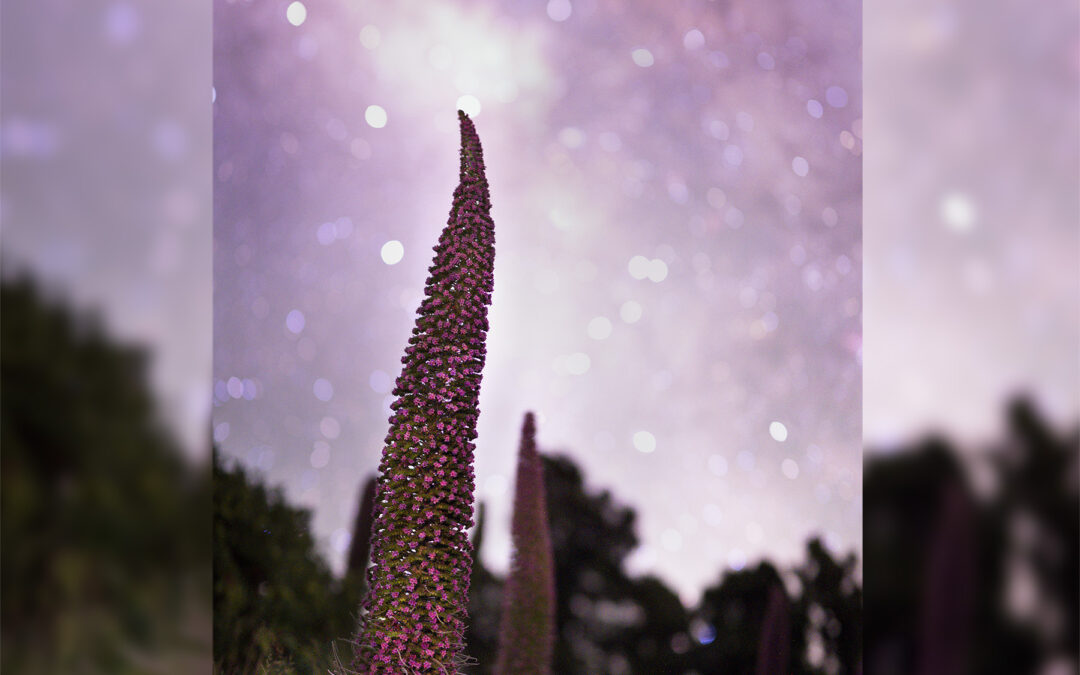 Tajinastes are an endemic and protected flower of the Canary Islands. We can find several subespecies, being the purple tajinastes the original from La Palma island.

The image was captured last May 2022 at El Bosque de Tajinastes, very close to the Astrophysical Observatory of Roque de los Muchachos (La Palma, Spain). A well known location where the canary pine forest finishes and a new stage of bushes and vegetation starts to sparse whereas we can find individual giant tajinastes spread around this exotic landscape.

The framing of the image shows several tajinastes during its floration and the Milky Way Galactic Center in the background. This unique event can be seen every year during May and early June. Tajinastes can have different colors ranging from red to pink. Reddish colors are seen in Tenerife tajinastes while purple tajinastes are seen in La Palma.