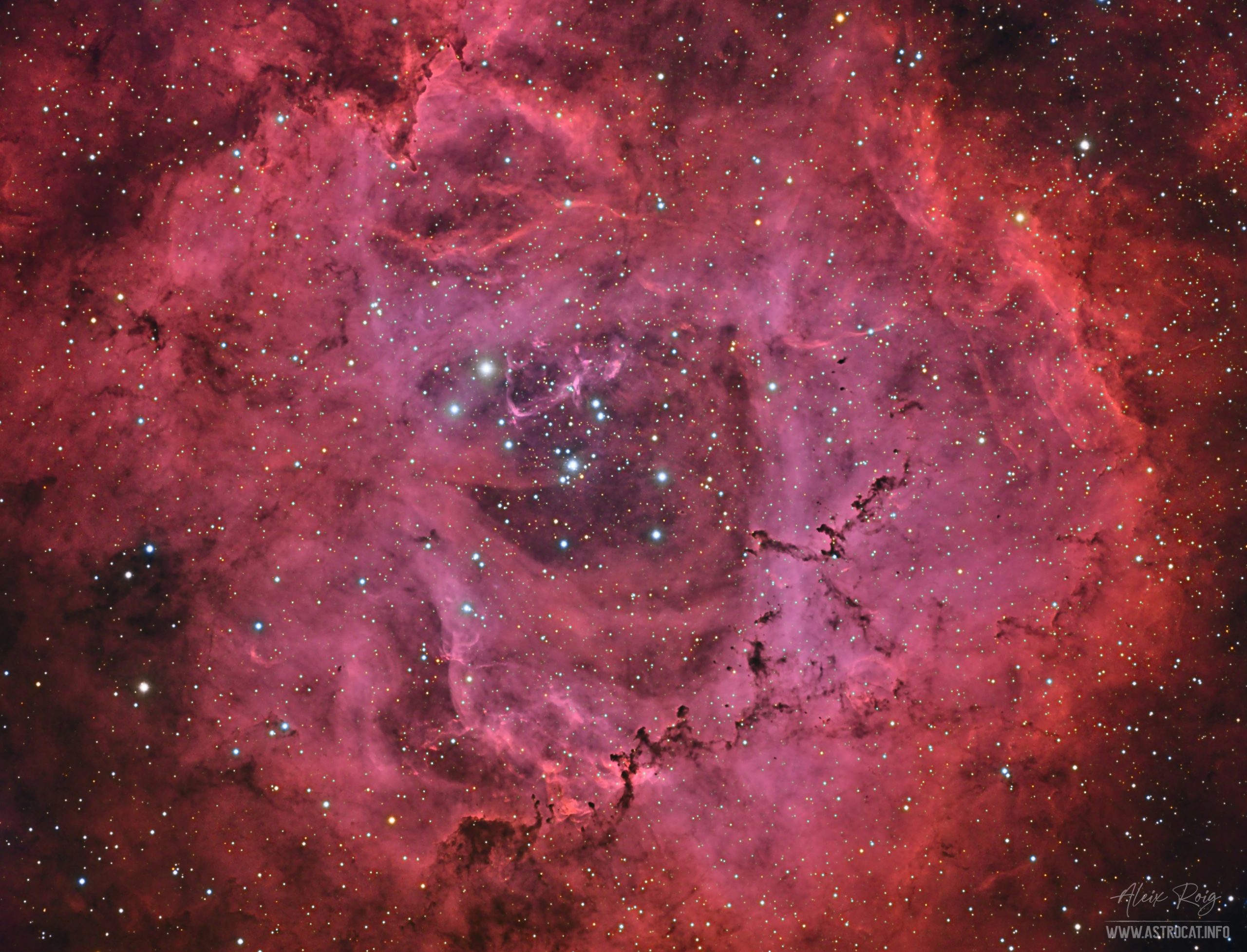 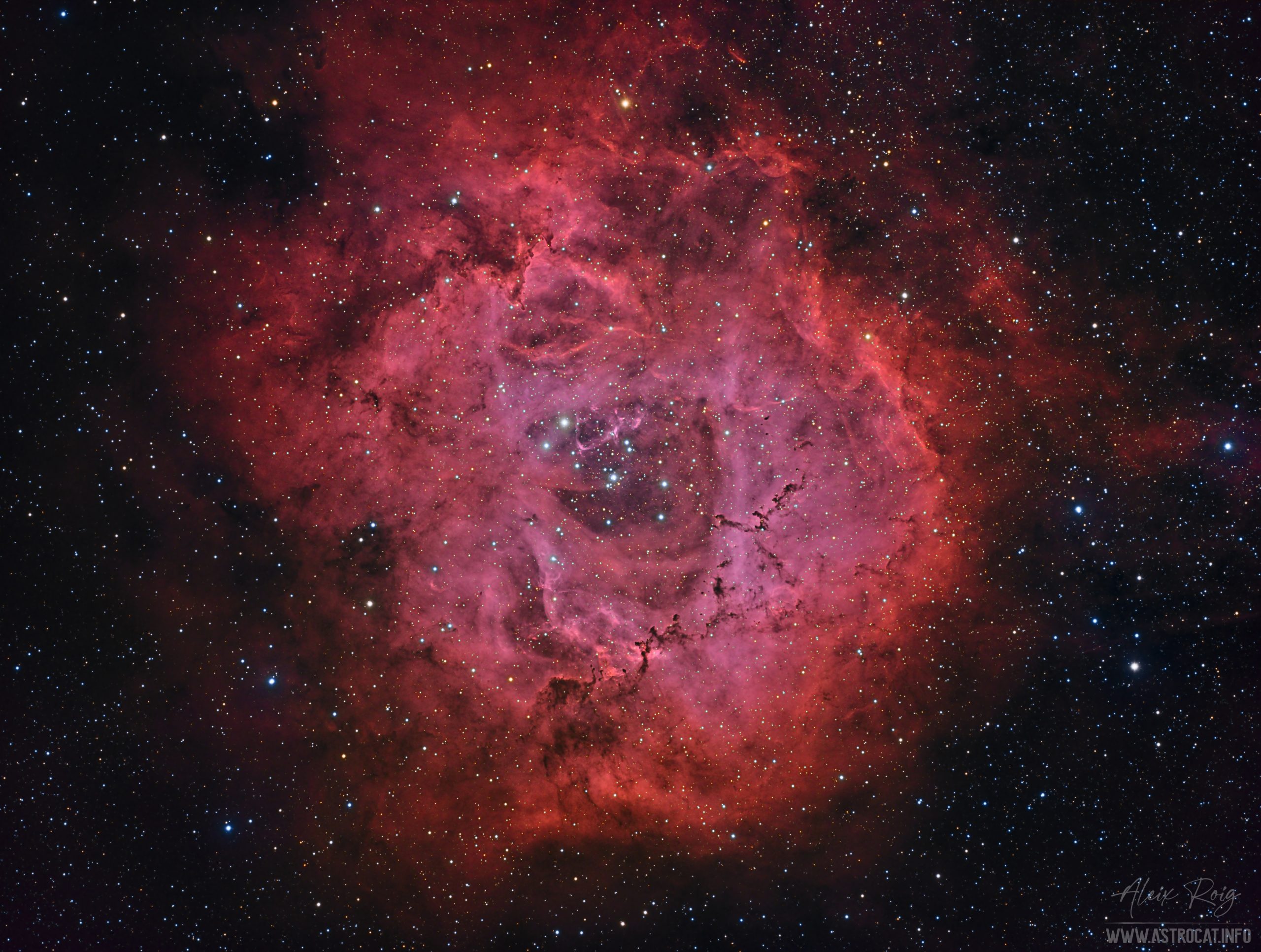 The Rosette Nebula, catalogued as Caldwell 49, is a large emission nebula located in the Monoceros constellation. We find several single nebulas within the Rosette with rich star forming regions such as NGC2237, NGC2238, NGC2239 and NGC2246. We also find, in its center, the NGC2244 open cluster that was first discovered by John Flamsteed in 1690 and later confirmed by William Herschel in 1784. The nebula was first announced by the American comet hunter, Lewis Swift, who in 1886 distinguished a bright patch of nebulosity around the original open cluster (now catalogued as NGC2246). The nebula is located around 5.000 light years away from us and it spans for 130 light years in diameter. In the night sky it occupies a surface of more than 5 full moons. In this image we can distinguish several Bok globules. An opaque and dark spots all around its structure that are thought to be composed by molecular hydrogen (HII), carbon oxides, helium and some 1% of silicate dust. These small dark nebulae are the origin of new forming stars, typically in multiple-stars systems.

This image is the result of combining broad band filters (red, green and blue) with Halpha and OIII narrow band filters to enhance the strong hydrogen II and oxygen-III emissions from this nebula.

This final image is the first light of my new ASI1600MM-C PRO version. The RGB images have been enhanced with Ha and OIII in order to highlight the nebulae structure while conserving stars size and colors.