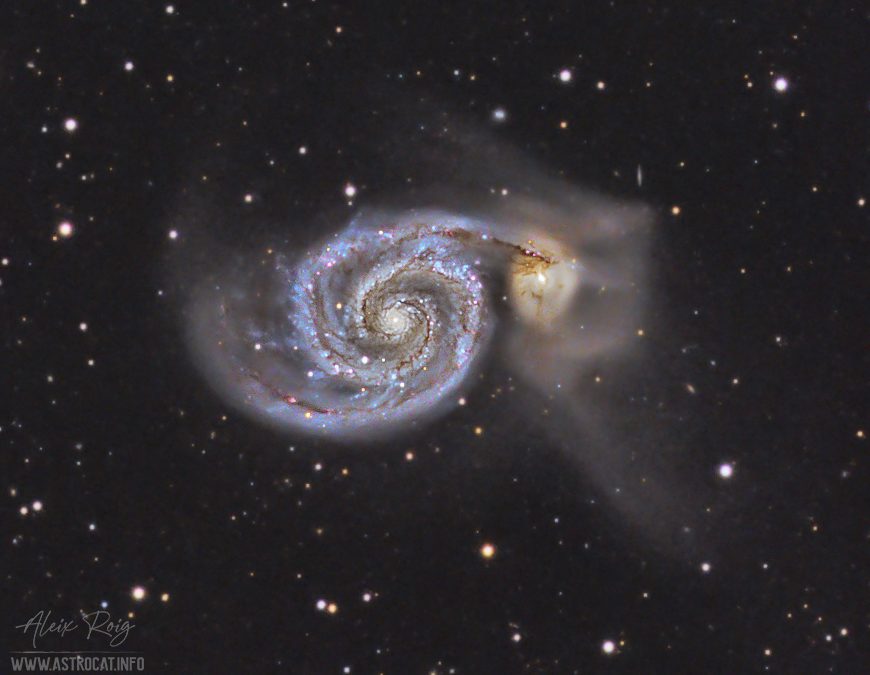 The Whirlpool Galaxy or M51 has had an important role in the evolution of modern astronomy history.

A couple of centuries ago William Parsons, using his huge reflecting telescope, the Leaviathan of Parsonstown, described this object (initially discovered by Charles Messier, 1773) as the first “spiral nebula”. At that time, nobody could have imagined that this object was no more a Milky Way nebula, it was, and it is, another galaxy! It was not until the measurements of Edwin Hubble that the scientific community was able to establish M51 as one of the furthest objects ever observed.

Nowadays M51 is considered a neighbor galaxy, which can be easily detected with binoculars under dark skies.

Located in the Canes Venatici constellation, M51 lays 23 Mly away from us. Its size, smaller than our galaxy, is around 60,000 ly in diameter.

M51 is interacting with NGC 5194. Maybe this interaction and the face-on perspective are the origin of the great attraction that this duo has create in the astronomer’s community since it was discovered.